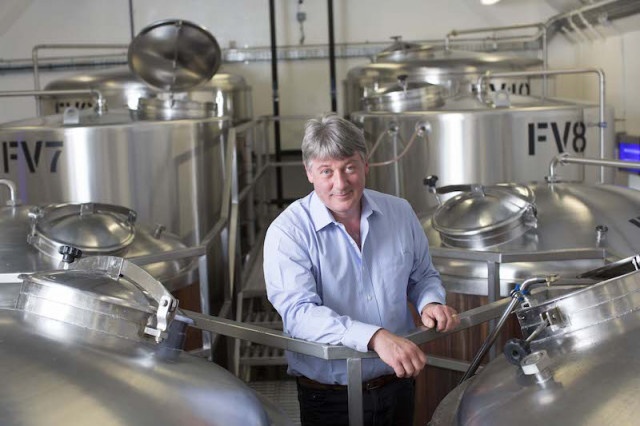 An expansion project is underway at an Orkney brewery, which will result in new jobs and increase the company’s green credentials.

Sinclair Breweries, which operates the Orkney Brewery, is investing £300,000 to expand the kitchen in the brewery’s visitor centre, install an on-site kegging plant and set up an improved temperature control system.

A contribution of up to £99,000 has been secured from Highlands and Islands Enterprise (HIE).

Around five new jobs are expected to be created at the brewery and the visitor centre in Sandwick as a result of the development.

The company currently sends bulk beer to England for kegging.

The proposed new on-site kegging plant will be more efficient for the business and more environmentally friendly, achieving savings in transport and packaging.

At the same time, it will offer a greater variety of beers to be supplied in kegs, which have a longer shelf-life than casks.

Sinclair Breweries exports into European countries as well as the USA, which is its most important export market.

This latest project will allow the business to build on its export sales by offering kegged beers to export markets for the first time.

Owned and operated by Orcadian Norman Sinclair, Sinclair Breweries is recognised as one of Scotland’s leading small independent breweries, with a string of international awards for its products.

The company produces a wide range of casked and kegged ales and a large range of bottled ales under the Orkney and Atlas Brewery brands, including such iconic brews as Dark Island, Skullsplitter, Latitude, Red MacGregor and Corncrake Ale.

A visitor centre was created in 2012 within the original schoolhouse at Quoyloo, Sandwick in Orkney’s west mainland.

It quickly became a very popular destination for locals and visitors alike and it is hoped that the expansion of the kitchen will mean extended opening hours into the evenings, and even extending the season, possibly opening through to the end of December each year.

HIE has previously assisted Sinclair Breweries with international trade advice and with various developments at the brewery and visitor centre.

“We are delighted to support Sinclair Breweries in its expansion project, which will bring a range of benefits, including job creation and of course carbon reduction – contributing to transition to a net-zero economy.

“The expansion and will safeguard jobs at the brewery and will also present exciting new opportunities for exporting.”

“I am delighted that HIE is assisting us with these projects after a difficult 18 months.

“The north has seen an upsurge in visitors this year and is predicted to continue next year.

“We are very aware of our need to reduce our carbon footprint and the kegging plant will assist with this.

“We are also currently looking at other options that will help with our reduction.

“With both of these projects due to be completed in 2022, we will be recruiting more staff due to the high demand for our craft beers, both home and abroad.”