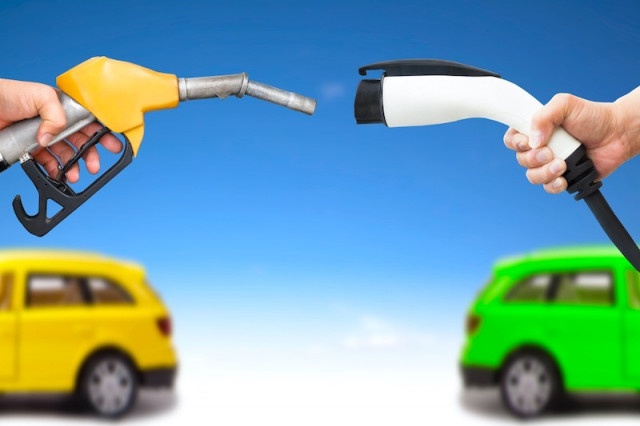 Only half of Scottish motorists – 47% – currently using petrol or diesel, say they are likely or very likely to switch to an electric car in the next 10 years.

The Office for National Statistics figures, reveal that many are still looking to stay with petrol or diesel, with a quarter, 26%, fairly or very unlikely to buy an electric car within the next 10 years.

While 14% of Scottish car owners say they think they will buy an electric or hybrid car in the next year, 42% are putting off buying electric for five years or more.

The main reason for not switching over to greener motoring is cost – 71%, followed by concerns about infrastructure, 35%, and lack of reliability, 15%.

The figures reflect the slow pace of moving to greener motoring across the UK.

Currently only 2% of cars are hybrid and 3% are electric in the UK – although Scotland has higher adoption rates: 3% for hybrid and 5% for all electric models.

The latest government research comes amidst a backdrop of initiatives to encourage motorists to switch to hybrid or electric, including a number of UK cities pushing through ultra-low emission zones and scrappage schemes for older petrol and diesel cars.

The government has also been increasing investment in charging points, including grants for motorists, as well as tax relief – in preparation for the ban on selling new petrol and diesel vehicles which comes into effect in 2030.

“These latest government figures show that the green car revolution is taking its time to get into gear.

“Scottish drivers’ views on switching to electric or hybrids closely match the current reluctance of motorists across the UK to go green, with cost identified as the main reason for sticking with fossil fuels.

“But these latest statistics show cost is probably the biggest factor holding back the switch to green motoring, which is understandable as the country emerges from the pandemic.

“However, the high percentage of drivers who intend to buy petrol cars compared to electric models shows that concerns about infrastructure and reliability are not going to be easily overcome.

“One positive point to bear in mind for those thinking or worried about insurance costs is that electric car insurance is now more readily available as the majority of insurance providers have added or are in the process of adding electric cars to their offering – making it easier for consumers to shop around and get a competitive premium.

“2022 will be an interesting year for electric car growth, hopefully as the economy stabilises post-pandemic, people will be more inclined to splash their lockdown savings on bigger luxury items with an eye on their greener future.”

Quotezone.co.uk is recommended by 97% of reviewers on Reviews.co.uk.

Save Our Seatbelts From The Sunset Clause