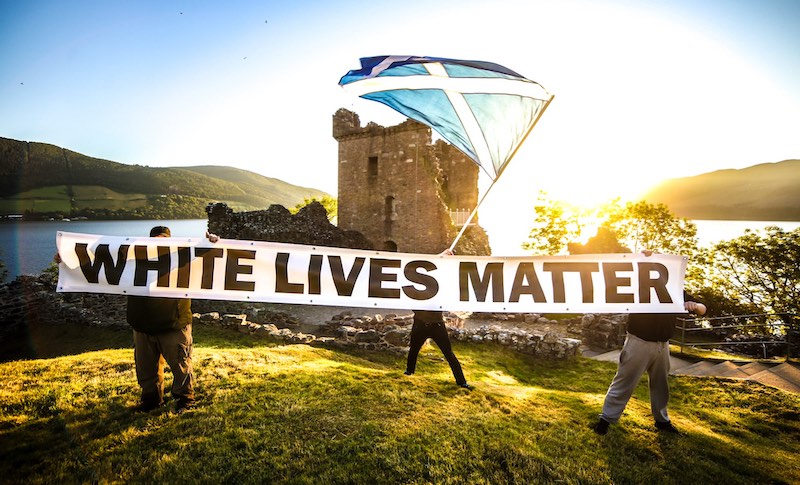 The banks of Loch Ness became the focal point of a nationwide protest yesterday (August 9).

Several of Scotland’s cities and scenic beauty spots were seized upon by a counter-protest to the recent Black Lives Matter campaign that saw national monuments torn down and vandalised.

On Indigenous People’s Day, August 9, the White Lives Matter protesters flooded Twitter and online forums with photographs taken all over the UK.

Using the hashtag #whitelivesmatter the protesters posted shots of themselves at Urquhart Castle and outside Bute House in Edinburgh, among other places.

The Patriotic Alternative organisation, which describes itself as a community building and activism group, was among those posting images.

“Our aim is to raise awareness of issues such as the demographic decline of native Britons in the United Kingdom, the environmental impact of mass immigration and the indoctrination and political bias taking place in British schools.”

“Indigenous People’s Day is a day to created to raise awareness and protect the rights of the world’s indigenous peoples.

“All people have the right to self-determination and a safe homeland for their people.”

Other UK locations targeted by the protest included York Minster, London’s Millennium Dome, Edinburgh Castle, and the bridge at Invermoriston.