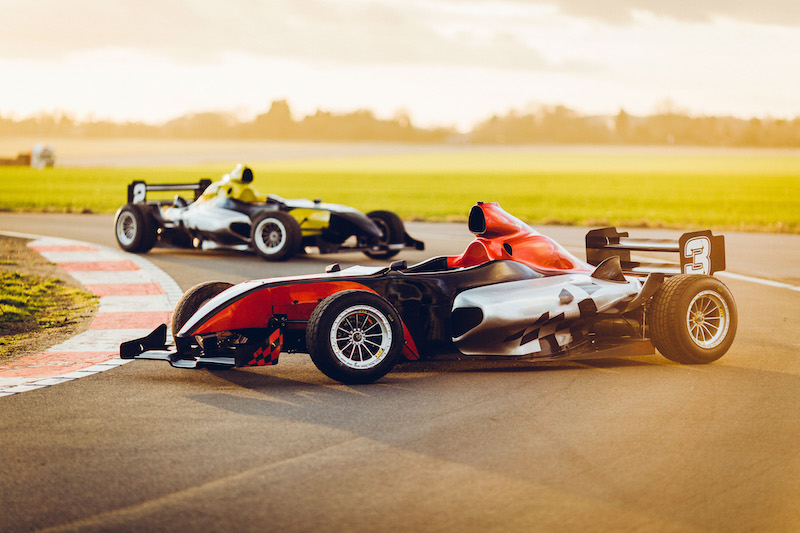 Budding would-be racers are taking to race circuits across the UK in record numbers as Formula 1 celebrates a milestone year.

The latest figures from leading driving experience provider www.trackdays.co.uk reveal a sizeable 15 per cent increase in bookings for single-seater race cars in 2019 compared to 2018.

“Interest in motorsport would appear to be stronger than ever as F1 celebrates its 70th anniversary in 2020.

“We’ve recently witnessed a surge in single-seater bookings as race fans want to experience an adrenalin rush unlike any other while emulating their race track heroes.”

TrackDays.co.uk provides single-seater race cars, such as the Formula F1000, capable of reaching 100mph in under five seconds, and Formula Renault 2000.

Venues where potential future champions can sharpen their race skills include Castle Combe, plus other locations in Hertfordshire, Lincolnshire, Staffordshire and Greater Manchester.

Meanwhile other super-fast models to drive include a Formula Silverstone at the world-famous Silverstone track in Northamptonshire where F1 legends like Michael Schumacher, Sebastian Vettel and Lewis Hamilton have all raced.

“Our research also shows that single-seater experiences are most popular with the 25 to 34-year-old age group.

“With such strong support from many millennials, motorsport has a young and keen fan base to help it expand further over the next decade and beyond.”

Dacia Duster Commercial is More Attractive Than Ever to Businesses

Bid for Bond at Charity Auction at Christie’s