Red Meat’s Role in a Healthy Diet Must be Recognised 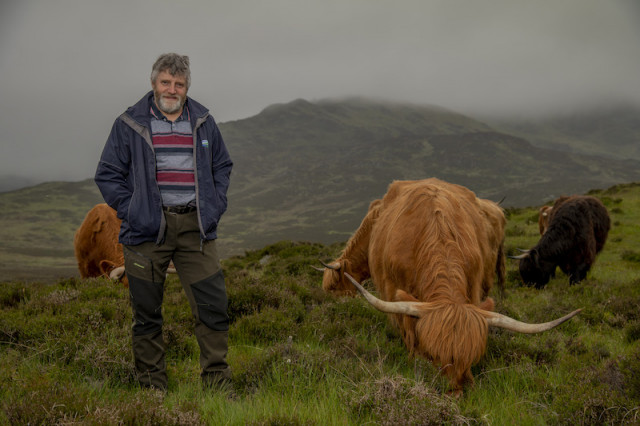 Scotland’s Good Food Nation Bill, which will introduce a legislative requirement on health boards and local authorities to make good quality, healthy, local food available to all, is expected to make significant progress in 2022.

The NFU wants Scottish red meat to be an important part of the menu and that its health benefits are properly recognised.

The Union has welcomed recent scientific questioning on the reliability of data in the EAT Lancet report that is regularly used to justify calls to reduce consumption of unprocessed red meat on health grounds.

An international group of scientists, led by Professor Alice Stanton of the Royal College of Surgeons in Ireland, in its own synopsis paper “Consumption of Unprocessed Red Meat Is Not a Risk to Health” have challenged Lancet to respond.

“For some considerable time the red meat industry has been taking a pounding from many ill-informed individuals and organisations that fail to fully understand the huge benefits the livestock industry brings to Scotland, from a socio-economic; a climate change and an environmental perspective.

“However, one of the biggest and most concerning issues of recent times has been the incessant drive to reduce red meat consumption for the apparent benefit of our health.

“The influential Eat Lancet report, which has been the driver of that ‘eat less meat’ message, is now being officially challenged by a group of medical academics.

“This panel has serious concerns about a report which, for unverified reasons, claimed a huge increase over a two-year period in global deaths due to red meat.

“Given that Governments and policy-makers have been making decisions based on these figures, there are some serious questions to be answered here, none more important than why this evidence wasn’t peer reviewed and verified before publication.

“There is now real concern about health problems we may face years down the line due to reduced red meat intake, so we must get to the bottom of this.

“It is hugely important for the health of the world’s population that any decisions on nutrition and food policy are taken with the most objective and transparent evidence.

“Scotland’s red meat industry has a tremendous story to tell on provenance, quality and sustainability.

“Our ability to be a major part of balanced diets must not be unfairly undermined at a time when the Good Food Nation Bill is starting its journey through the Scottish Parliament.

“Regionally, NFU Scotland staff and members, alongside other stakeholders, are already engaging positively with local authorities on how we can get a greater volume of local produce, including red meat, into menus at schools and hospitals.

“And the recent #LambForStAndrewsDay initiative, spearheaded by the Institute of Auctioneers and Appraisers in Scotland, saw 30,000 Scottish schoolchildren enjoy lamb as part of their St Andrews Day celebration.

“In 2022, NFU Scotland will continue to promote polices that properly recognise the role that Scottish red meat has at the heart of a healthy Scottish diet.”