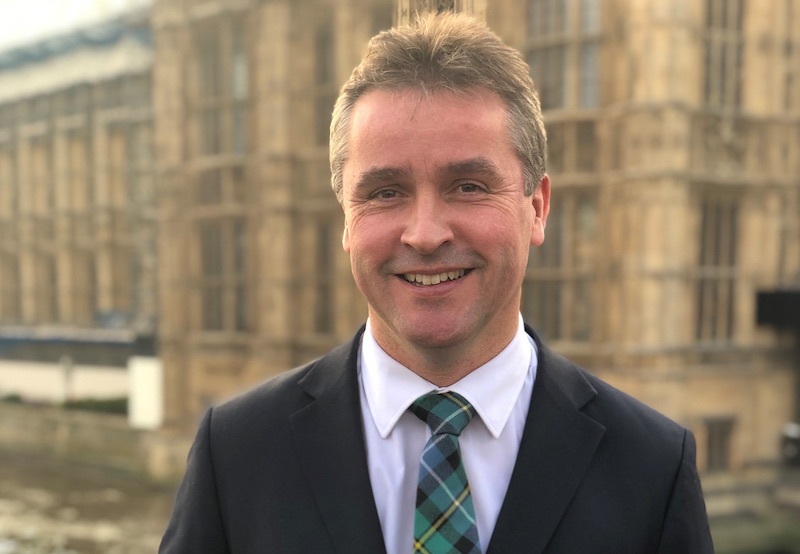 Isles SNP MP Angus MacNeil (pictured) is backing calls by Prospect union for air traffic control jobs to be retained in the islands.

He warns that centralising all services to Inverness with none in any of the island locations means Highlands and Islands Airports Ltd (HIAL) would in reality be ‘Inverness Airport groups’.

Prospect said this week that the loss of Air Traffic Control in island locations was the loss of jobs worth £1.5million.

HIAL seeks to use a video feed and computer technology at Inverness to replace skilled air traffic controllers at Stornoway and Benbecula and other airports.

Mr MacNeil says no other autonomous island groups in the world would consider this option and suggests the possibility of centralising in the islands should be considered.

“I back Prospect on this, these jobs are very important to the islands.

“Any Scottish Government efforts in the islands will look lame after hollowing out such jobs and Government ministers need to get a grip and oversight of this damaging folly.

“As a thought experiment, imagine that a situation was going to come about where all the air traffic control jobs were to be moved out of Scotland to be put in some other country?

“We’d soon see the folly of such action.

“There are no autonomous island groups in the world that would consider this happening to them, certainly not in the Channel Islands, the Isle of Man or the Faroe Islands, why is it happening to us and Orkney and Shetland?

“If they do want to centralise air traffic control, don’t centralise it around HIAL headquarters in Inverness, they should centralise in Benbecula or Stornoway or some other island, but actually we need the jobs to be in all the islands.

“Perhaps it is really time that the Scottish Government looked at breaking up HIAL who are no longer the Islands airports groups but the Inverness Airport’s groups.”