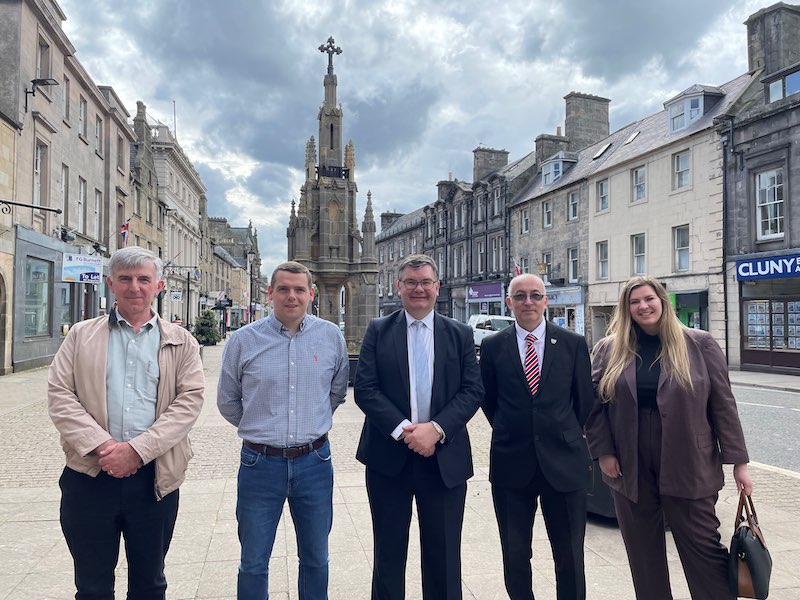 Douglas met with the UK Government Minister for Scotland alongside Moray Conservative councillors, who recently formed the council administration in Moray.

He engaged with Minister Stewart over UK Government support and investment for Forres and the wider Moray region, including through the Moray Growth Deal as well as the UK Government’s Levelling Up agenda.

Douglas says that this investment will be vital as the area aims to recover from the Covid pandemic and he will continue to engage closely with the UK Government to lobby for further investment in Moray.

“I was delighted to welcome Iain Stewart to Forres and this was a good opportunity to engage locally with a UK Government Minister as we tackle a number of challenges across Moray.

“With the Conservative group now running Moray council, this showed how all levels of government can work closely together in order to bring about social and economic benefits to our communities.

“The UK Government has already delivered through their investment in the Moray Growth Deal and their levelling up agenda also offers significant ways in which we can bring jobs, businesses and investment to Moray as well as ensuring there are greater prospects for people to stay in Moray or relocate here.

“I will never shy away from lobbying the UK Government to deliver direct investment in Moray and look forward to welcoming the Minister and colleagues to the area again in the near future.”