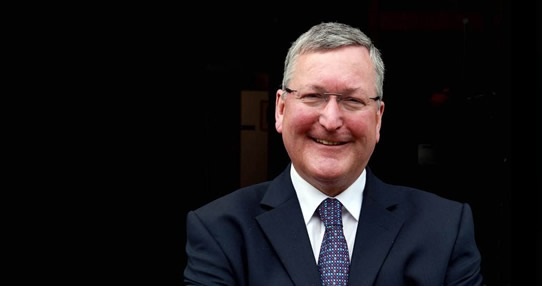 A new Scottish Government funding package to support fishermen, seafood businesses and ports and harbours threatened by the ongoing effects of Covid-19 and Brexit “could save generations-old businesses from going under,” according to industry experts.

In a statement, Seafood Scotland said the SNP Government funding “will have a tangible impact on the livelihoods of some of the hardest hit in the sector, and in some cases could save generations-old businesses from going under.”

The seafood industry body added that “the Scottish Government has listened to industry pleas for support over the last four weeks and has really stepped up by offering such a comprehensive package of support.”

The package of support was announced by Rural Economy Secretary Fergus Ewing (pictured) today, and includes £6.45 million for the Seafood Producers Resilience Fund which will provide support to eligible shellfish catchers and producers, and £1 million to support the investment plans of ports and harbours faced with a loss of income through landing fees.

“Although it’s encouraging to see the Scottish Government picking up the pieces of a shambolic Tory Brexit that Scotland didn’t vote for, our vital seafood sector should never have been put in this position in the first place.

“While the SNP Scottish Government does what it can to protect the industry with much-needed cash, which could save businesses and livelihoods, the Tories at Westminster have shown nothing but contempt for our fishing and seafood sectors.

“Instead of urgently stepping up and fixing their mess – we’ve had a Tory fisheries Minister who was too busy organising a nativity trail to read the draft Brexit deal, Jacob Rees-Mogg laughing at the plight of fishermen, and Boris Johnson repeatedly using figures which have been proven to be false.

“Scotland’s fishing industry is paying far too high a price for Tory lies and broken promises.

“It has never been clearer that people in Scotland must have the right to choose a better future as an equal independent country.”