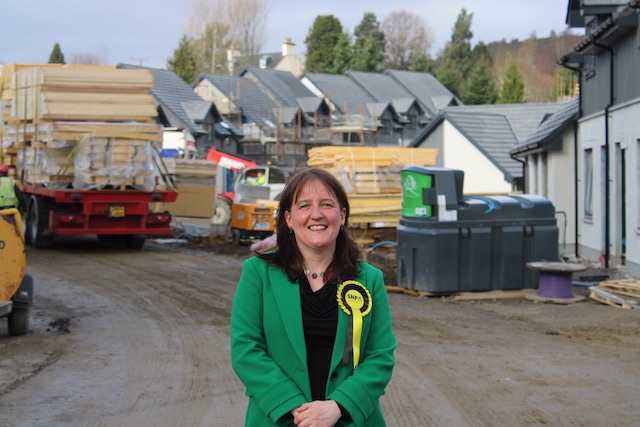 The Chartered Institute of Housing’s annual UK Housing Review 2021 has shown Scotland to be ahead of the rest of the UK when it comes to growth in social rented homes.

SNP candidate for Caithness, Sutherland & Ross, Maree Todd (pictured), has acknowledged Scotland’s leading status but says there is a ‘need to go further’ in the Highlands.

“It’s encouraging to see that Scotland is leading in the UK when it comes to its growth in social rented homes.

“Good housing and homes support our health, our wellbeing, our life chances and our job prospects.

“The SNP has already delivered 3,574 social and 2,500 affordable homes in Highland but we recognise that we need to go further.

“Under our long-term Housing Strategy, the SNP will deliver 100,000 new affordable homes across Scotland by 2031/32.”

“We’ve made substantial progress in this area over the years through implementing an energy efficiency standard for social rented homes.

“We have also introduced some of the most ambitious and comprehensive fuel poverty legislation in the world.

“The SNP’s Housing Strategy vows to go a step further by reviewing energy standards set through building regulations to deliver further improvements in the energy efficiency and emissions reductions in new homes.

“Fuel poverty is an issue of local significance as the data shows that we pay more in energy prices in the north of Scotland compared to down south.”

Scottish Government figures from 2019 show that an estimated 24.6% of all households were in fuel poverty with rates increasing in rural areas from 33% to 43% in a year.

“The Highlands has long been penalised by an unjust energy charging regime which is not reflective of our contribution of clean, green electricity.

“As this is an area reserved to Westminster, we can only do so much within our devolved powers to mitigate its impact.

“The need for reform is long overdue but it’s not forthcoming or a priority of the UK Government.

“It’s time for the people of Scotland to decide how we progress.

“By giving both your votes to the SNP on 6 May, you’re voting for a fairer future for Scotland.”