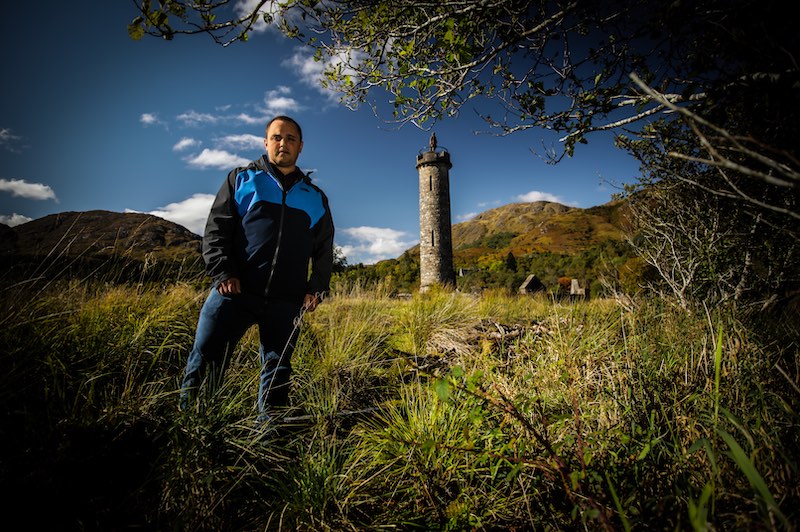 Slavery’s legacy in the Highlands and Islands is to be examined this week in a special programme on BBC ALBA.

The stories of Highlanders who profited from colonial slavery are now coming to light and are investigated in the first of a new series of BBC ALBA’s European current affairs programme Eòrpa.

Reporter Ruairidh MacIver asks how the history and legacy of slavery should be marked in the Highlands in the light of the recent Black Lives Matter movement, which has already generated intense debate – and direct action – across the world in an attempt to get wider acknowledgement of this history.

Eòrpa speaks to campaigners who want to advance this debate and to public bodies who seek to re-assess the Highlands’ place in this history.

Dr Iain Mackinnon from Coventry University will discuss his and Dr Andrew Mackillop’s, research into Scotland’s links with slavery in Thursday’s episode. (Dr Mackillop is a Scottish History lecturer at Glasgow University).

They reveal that over one million acres of land, around one in every three acres, that was purchased in the West Highlands and islands from the 18th century to early 20th century was paid for with funds derived from slavery.

Historian and author Dr David Alston from Cromarty has been researching this issue for over two decades and also features in the programme.

His painstaking research has shed light on the lasting, complex connections between the Highlands and slavery and has exposed how places like Inverness were so dependent on the trade.

Most of the profit came from where Guyana is now – the three British colonies of Demerara, Berbice and Essequibo.

“The history of the highlands in 1700s and 1800s isn’t complete without mentioning slavery – it’s where the money was made.

“Whatever the wrongs of the ways people have been treated in the Highlands and elsewhere in Britain it is not the same as chattel slavery and it’s a profoundly misleading parallel.

“There was a strong interest in this part of Scotland in not seeing the abolition of slavery, some of that was because Scottish salt herring was being shipped to the Caribbean as a cheap protein for slaves.

“It was also the export market for the hemp bagging that was being produced here and rough linen cloth, known as slave cloth, so there were petitions from places like the Black Isle and Cromarty opposing the abolition of slavery because there was a direct financial interest here.”

Eòrpa airs this Thursday, November 12 on BBC ALBA at 8.30pm.

Jack Shehata from Inverness – a Black Lives Matter campaigner who has a mixed race/Islamic background.

Councillor Graham Campbell from Glasgow – a veteran political campaigner and community activist who in May 2017, was elected as Glasgow’s first African Caribbean Councillor.

She talks about her experience of growing up in Scotland and offers a perspective on the history of slavery and how she feels the subject hasn’t been fully addressed.

She grew up in a white foster family.

Her family made her aware of Scotland’s links with slavery.

Eilidh Mackenzie from the Black Isle (originally Lewis) – singer Eilidh composed a song as part of a Fèisean nan Gaidheal project which illustrates the story of Eliza Junor.

Eliza was born in the Caribbean as a slave and then became a free woman and lived much of her life in Fortrose.

BBC ALBA is available on the following platforms:

Freeview / You View 7 (Scotland only)