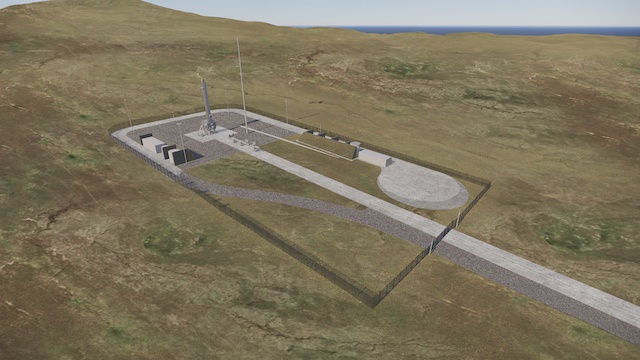 Plans to establish a vertical launch site for satellites in the north of Scotland have taken another step forward.

Development agency Highlands and Islands Enterprise (HIE) is applying to the Scottish Land Court for consent to build, operate and, ultimately, decommission Space Hub Sutherland on a crofting estate on the A’Mhoine peninsula.

The spaceport plans have already received planning approval from the Highland Council, with up to 12 launches a year permitted.

Scottish Land Court consent is required as the project would be developed on crofting land, currently classed as common grazing.

The 2,464-acre site (759 acres for core subjects, plus a 1,705-acre exclusion zone) is owned by Melness Crofters Estate, who have granted HIE a lease option.

These would occupy up to 13 acres within the core subjects’ area.

Any crofter with livestock on the common grazing would be asked to move their animals for periods around launch days.

Removal would be arranged by the committee of the common grazings, who would receive compensation from the developer.

Space Hub Sutherland will be a small-scale, commercial spaceport, launching micro-satellites into orbit.

HIE expects satellites launched from Sutherland to be used for telecommunications and Earth observation, including weather mapping and gathering data to monitor climate change.

Vertical launch is recognised as a key element of the UK’s growing space capability and the Sutherland project has the potential to support up to 250 high quality jobs in the Highlands and Islands, including more than 40 at the launch site itself.

Construction is scheduled to begin next year, with a view to first launch potentially taking place before the end of 2022.