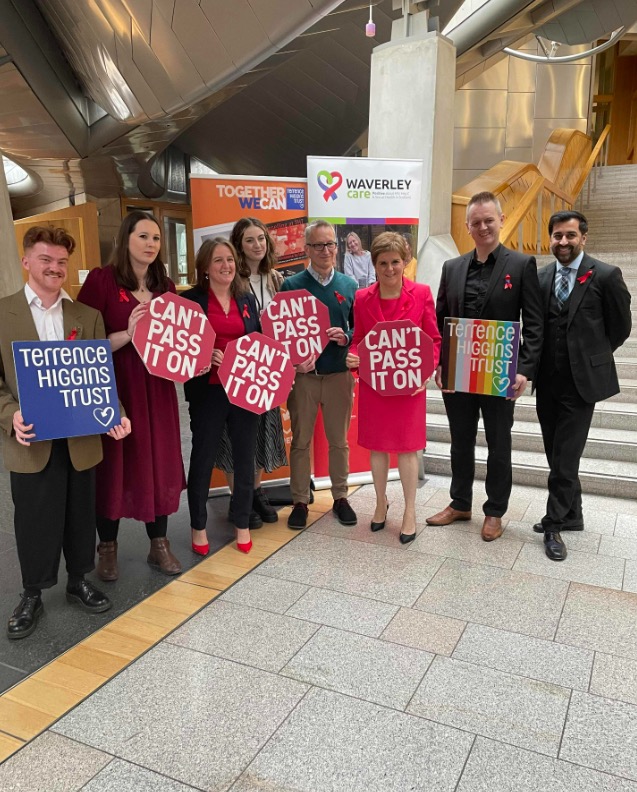 Speaking in a debate to mark World AIDS Day in the Scottish Parliament, SNP MSP Emma Roddick highlighted the ongoing stigma and misunderstandings faced by people with HIV in Scotland and the wider world.

Ms Roddick highlighted that modern treatments for HIV had a nearly 100% effective rate at preventing transmission of HIV, opening the door to put a stop to AIDS and even HIV transmission.

Echoes of the same stigma from the 1980s can be found around news stories of mpox (formerly known as monkeypox).

“This stigma and lack of understanding of just how far we’ve come with treatments not only means that people are suffering stigma and discrimination, but that those at risk are missing out on the very thing that could prevent them ever getting HIV.

“Earlier this year, I heard some of the incredibly stigmatising media commentary from the AIDS epidemic and the kind of sentiments explored through characters in It’s a Sin echoed in stories about monkeypox, and what were meant to be dramatised public reactions could be seen again, almost word-for-word, in Tweets and Facebook comments below those articles.

“We need to increase awareness of PrEP in other groups, and I was glad to hear the Minister talk about expanding eligibility and access.

“I know that many cis women, trans people, and non-binary people at risk of contracting HIV are completely unaware that PrEP is already available to them.

“Ladies and enbys: please look into PrEP and protect yourself if you are high-risk.”