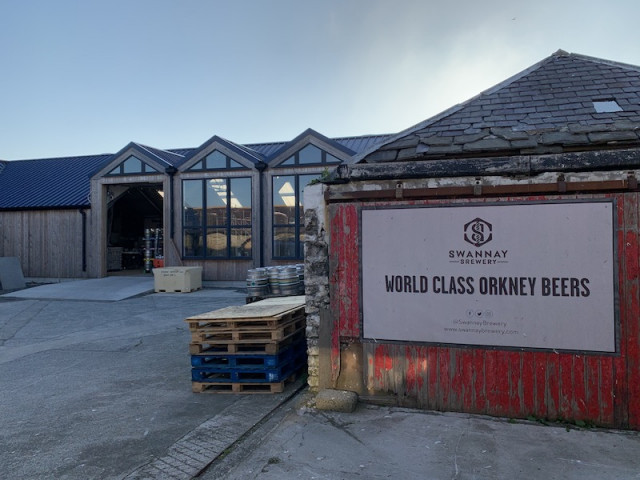 Swannay came away with three awards – one each bronze, silver and gold – for its cask beers at the 2021 competition recently held in Bolton (*not held in Scotland due to C-19).

Judging is done via blind tasting by chosen industry professionals; winning beers are rightly recognised as excellent examples of their style.

The winning Swannay beers are detailed in the table below.

For winning the gold prize, Orkney IPA will now move forward to the UK-wide SIBA competition to be held in March 2022.

The latest awards take Swannay’s haul of national and international accolades to well over 150 since brewing started in 2006.

“The last 18 months have been somewhat challenging so to receive recognition for our beers in a competition like this gives us all a great uplift.

“To win not one but three awards at the same time also gives us confidence that we are making good beers across the range, we have the fundamentals right. Cheers to everyone at Swannay.”

Swannay Brewery was founded in 2004 by longstanding and decorated brewer Rob Hill.

Repurposing a disused cheese factory on the northwesterly tip of Orkney’s mainland, the brewery’s overarching focus from day one has been the quality of its beer.

Still an independent family business, Rob, son Lewis, and a further team of four are currently upgrading the old cow sheds into a landmark brewery with tasting room and full visitor experience.

Covid-19 cut the pub-focused brewery’s sales in half but pivotal investments throughout the pandemic in plant and machinery such as a canning line, as well as further financial support from Highlands and Islands Enterprise and Clydesdale Bank, have put the business on a strong footing to look forward to make the most of 2022 and beyond.