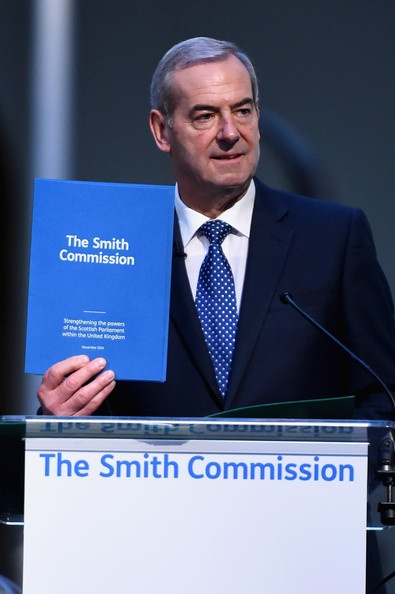 The Scottish Tories are promising to rip up a key commitment in the Smith Commission by attempting to block a post-pandemic referendum on independence.

The SNP’s Depute Leader, Keith Brown, has challenged Boris Johnson’s puppet in Scotland, Douglas Ross, to reaffirm his party’s commitment to the agreement ahead of his address to Tory party conference later today.

In agreeing to the Smith Commission’s principles, the Scottish Tory party signed-up to the commitment that voters have the right to choose independence in the future.

The Commission agreed that “nothing in this report prevents Scotland becoming an independent country in the future should the people of Scotland so choose.”

Despite this unequivocal promise, Boris Johnson has signalled that the Tory Westminster government will refuse to recognise the Scottish election result, should Scotland vote for an SNP government again in May and back a post-pandemic referendum on Scotland’s future.

Yesterday, a Panelbase poll for the Sunday Times found that 55% of voters in Scotland want to see a post-pandemic referendum within five years.

Laying down the challenge to Mr Ross, Keith Brown said:

“A key principle, agreed by all five parties on the Smith Commission, is a crystal-clear commitment that people in Scotland have the democratic right to choose independence.

“That commitment is there in black-and-white for all to see – signed with the seal of approval from the Scottish Tories and their party bosses at Westminster.

“Recent polling shows that the Scottish people’s desire to choose their own future has not dimmed.

“Now the Tories appear ready to betray the promises made to voters during and after the 2014 independence referendum.

“If Scottish voters in May back the SNP’s plan to hold a post-pandemic referendum, then the Tories have no right to block it.

“Yet Boris Johnson’s remarks show just out of step he and the Tories are with what Scots want.

“What voters need to know is if Douglas Ross and the Scottish Tories are on his party’s side or Scotland’s side.”