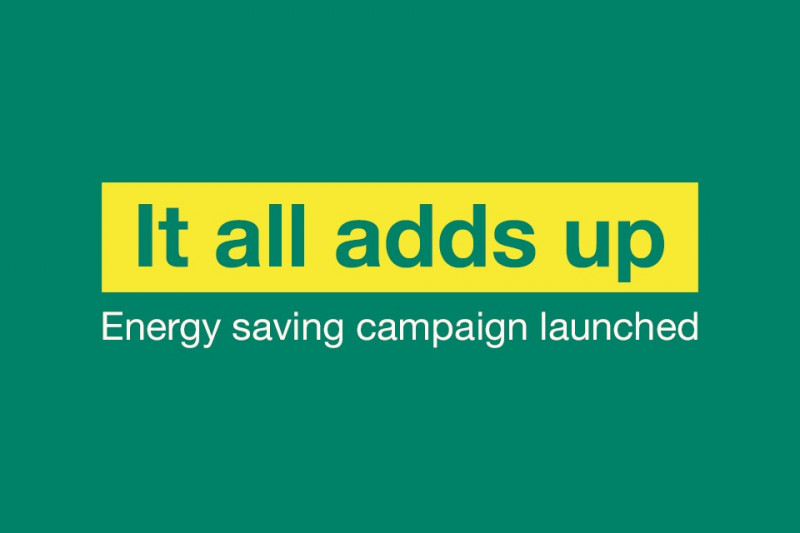 Viewers across the UK will have had their first sight today of the television advert supporting the government’s ‘It All Adds Up’ energy saving campaign that has been running since Saturday, 17 December.

The television advert, which will be screened during festive schedules from around 8.30am on Tuesday, 27 December, steps up the government’s ‘It All Adds Up’ energy saving information campaign to ensure as many people as possible see the advice and can take advantage of simple ways to save money on their energy bills.

The £18 million ‘It All Adds Up’ energy saving campaign is raising awareness of simple actions that people can take to bring down the amount of energy needed to keep their homes warm and stay safe this winter, meaning they can slash their bills.

Guidance included in the TV advert focuses on simple measures which are not already adopted by the majority of households in the UK.

The ‘It All Adds Up’ campaign promotes some of the government’s top recommended actions to help households save money on their energy bills, including:

reducing the temperature a boiler heats water to before it is sent to radiators (known as the boiler flow temperature) from 75⁰C to 60⁰C, that could save households £100 a year

turning appliances off at the plug, that could save £70 a year

reducing heating loss from the property such as by draught proofing windows and doors, that could save £60 a year

Households can find further information on the ‘It All Adds Up’ campaign at the GOV.UK website, which is running alongside the government’s wider ‘Help for Households’

Business and Energy Secretary Grant Shapps has backed the launch of the ‘It All Adds Up’ campaign in a video posted on his social media account where he highlights the actions that people can take to cut energy use and their bills.

The television advert will be aired on commercial terrestrial and satellite television channels, including ITV, Channel 4, Channel 5 and Sky.

The ‘It All Adds Up’ campaign also highlights longer-term energy efficiency upgrades, including installing loft and wall insulation or fitting double glazing, that people can make to their homes to save their energy use and bring down bills.

“The government’s ‘It All Adds Up’ energy saving campaign is already getting important information out to millions of households across the country, showing them simple, low and no-cost tips to cut their energy use and bills this winter.

“Simple steps can make a big difference to cutting bills, while keeping homes warm and safe, and by launching this new TV advert, even more people will be aware and the savings will keep adding up for UK households.”