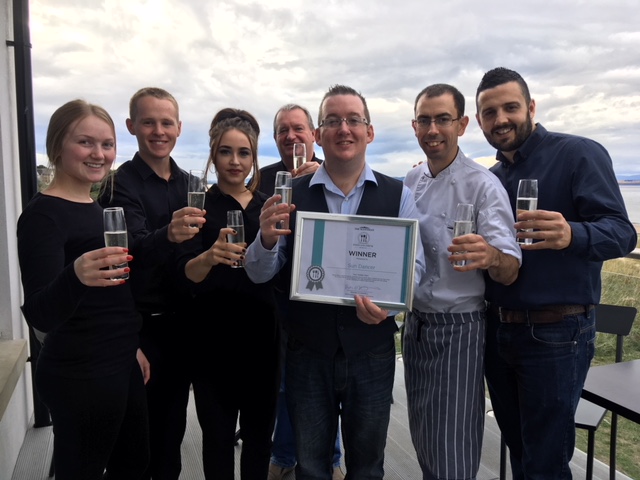 A Nairn restaurant has reached the final of two prestigious awards and will find out later this month if it has won.

The Sun Dancer restaurant is a finalist in the Highlands and Islands Food and Drink Awards in the Restaurant of the Year category and for a second year in row has been nominated as Best Restaurant in the Inverness Business Awards which it won last year.

The restaurant which specialises in seafood has already been recognised for its creative dishes and stunning location which offers panoramic views over the Moray firth after being given the title of Scotland’s Hidden Gem in the Scotsman Food & Drink Awards is September 2018.

Lee Jack, owner of the restaurant which opened just over three years ago said he was delighted to be in the final of both awards.

“The restaurant industry is highly competitive and there are lots of other fabulous places in Nairn and across the Highlands which provide a great all-round experience for diners, so to be up for two more awards is really great.

“It is the first time that we have entered the Highlands and Islands Food and Drink Awards, so we are clearly delighted to have reached the final.

“We are also in that category with some other fabulous restaurants, so to have gotten this far means a lot.

“Last year, we won the Inverness Business Award for Best Restaurant and this award is done by nomination, so it is a great feeling to know there are people out there who think enough of the Sun Dancer to take the time to nominate us.”

“Retaining staff in this industry can be tough, but I am very lucky to be able to say that I have a very loyal staff and I think that is half the battle.

“The whole team is passionate about the Sun Dancer and the experience that we offer to our customers, so I thank them for that.

“I also must give special mention to head chef Peter Sealey who is continually improving on our menus and coming up with new and innovative ways to deliver the great local produce that we use at the Sun Dancer.”

The Sun Dancer opened in August 2016 on the site of a former games arcade and ice cream shop.

The development of the modern building has helped to transform the area and the restaurant which also comprises and take away and café is now popular with locals and tourists alike.