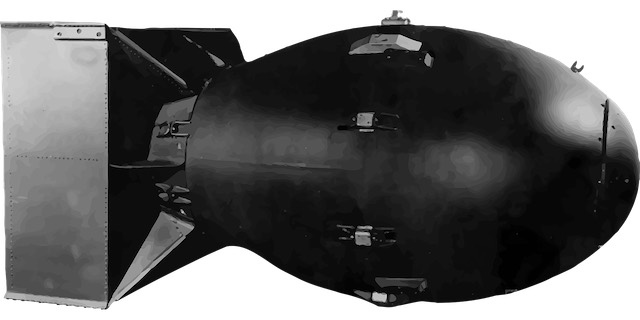 The anti-nuclear campaign Trident Ploughshares has reacted strongly to the decision of the UK government to increase its nuclear weapon stockpile by 40%, labelling it as calamitous and provocative.

In the Integrated Defence Review published last week the UK announced that it will increase its cap on deployed and stockpiled nuclear bombs to 260, and at the same time will lower the threshold on the use of its nuclear weapons by indicating that we may fire them in response to “emerging technologies”.

In a letter to Prime Minister Boris Johnson the campaigners point out that the move completely undermines any pretence the UK has of abiding by the terms of the Nuclear Non-Proliferation Treaty (NPT).

“To increase the warhead stockpile at the same time as claiming to abide by the NPT is utterly disingenuous.

“It is however more than a breach of a key UN disarmament treaty, it is a dangerous and provocative step.

“It provides an excuse for any other nuclear-armed state wishing to make its own disastrous contribution to the nuclear arms race.

“And it provides sufficient rationale for any non-nuclear state wishing to go nuclear to conclude that the nuclear-armed states have no interest at all in the enforcement of article VI of the NPT, to conclude further that the NPT has fallen into abeyance, and to develop nuclear weapons of their own accordingly.

“Whatever technical reasons may lie behind the decision it is the public and international effect that is calamitous.”

The letter ends with a question:

“How does the United Kingdom intend to present and defend the decision to increase its stockpile cap in the context of negotiations at the upcoming NPT Review Conference?”

“No other reason presents itself for this dangerous and maverick behaviour than a desire to prove “tough guy” credentials for public consumption and to appease the hawks within the Conservative party.

“We also should recall that just a few weeks ago the Labour Party made its infamous vow that backing the UK’s nuclear weapons was “non-negotiable”, so they may also have played a part in a macho bidding war.

“For nuclear disarmament at international level this behaviour is utterly irresponsible.

“We are asking instead for a mature and realistic change of direction from the UK.

“The Treaty on the Prohibition of Nuclear Weapons has now entered into force and has majority support across the globe.

“The UK must begin to adjust to this reality.”