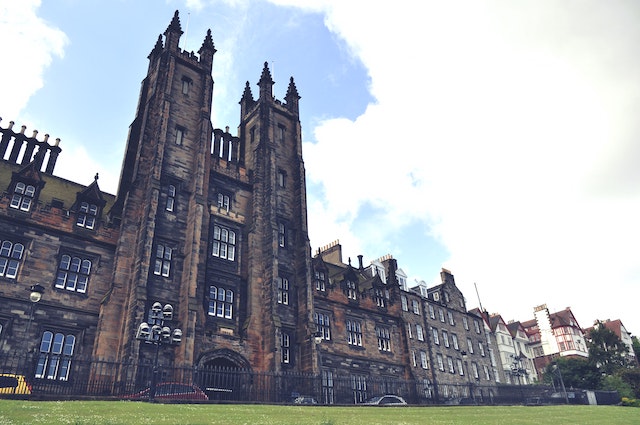 Following the release of A-level results, beauty experts cosmetify.com, analysed the top ten universities for fashion students in the UK, and the University of Edinburgh emerged top of the list.

The research analysed the top 50 universities in the UK that offer a fashion course by calculating a score for each based on their rating from thecompleteuniversityguide.co.uk (CUG), the average yearly salary in their respective city and the number of registered fashion businesses in the city.

University of Edinburgh had the best score after placing second on CUG’s rankings, offering the second highest average yearly salary of £25,968, and ranking seventh on the number of fashion businesses in the area – an indicator of the potential work opportunities for graduates who choose to stay in the city.

In addition, recent University of Edinburgh fashion alumni are already making names for themselves in the industry: Christopher Reid, the 2020 fashion graduate who was selected as one of six emerging designers by the Graduate Fashion Foundation to feature as part of London’s Fashion Week Digital 2021 digital showcase.

Other iconic alumni include Marty Bell and Tom Welsh, co-owners of the Tens Sunglasses Brand.

Heriot-Watt University, also in Edinburgh, is the UK’s second-best place to be a fashion student, its ranking of sixth on the CUG is the only factor that separates it from first-placed University of Edinburgh.

The University of Leeds ranked third overall, coming fifth on the CUG, and with 870 fashion-related businesses in the city available to graduates who choose to stay on and work in the area – the fourth highest on the list.

Commenting on the study, a spokesperson from cosmetify.com said:

“The UK has produced some of the world’s great fashion designers, so it’s encouraging to see great opportunities out there for individuals pursuing their passion for fashion.

“With the top two universities in this ranking, it’s clear that Edinburgh is a fashion hotspot.”

The analysis was conducted by cosmetify.com, which brings together thousands of brands and hundreds of retailers on one platform to ensure a simple shopping experience and allow the consumer to compare the prices of their favourite products at a glance.