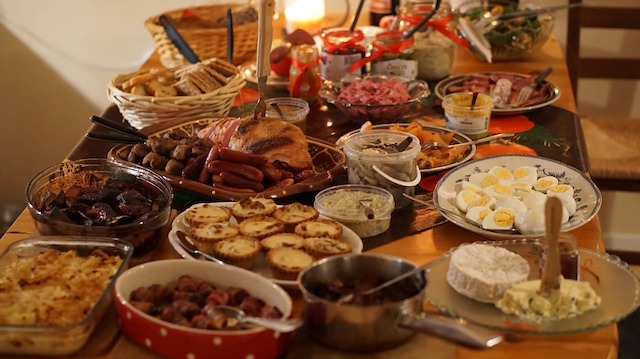 The SNP is demanding Boris Johnson takes immediate action to address the food shortage issues caused by his Tory hard Brexit after Scotland’s food and drinks industry wrote a joint letter warning that it has reached crisis point.

A powerful group of bodies across the sector have asked for immediate action to combat the deepening crisis in an open letter organised by FDF Scotland and co-signed by other Food and Drink Partnership members including Scotland Food and Drink, Scottish Bakers, Opportunity North East, Scottish Association of Meat Wholesalers, Scottish Seafood Alliance and Scottish Wholesale Association.

“Both Brexit and the pandemic have accelerated existing pressures on labour availability.

“We have now reached crisis point putting the growth, viability and security of many Scottish businesses in jeopardy, with knock on impacts for consumers.

“We need action now to save Christmas.”

A huge number of workers from the EU previously employed in Scotland’s food and drinks industry – including long-haul EU drivers – left the UK following Brexit and the introduction of a new Tory immigration system by Boris Johnson’s government.

“While I know the SNP Scottish Government will continue to do everything it can to protect Scotland’s food and drink sector, the reality is that this is a problem caused by the Tory Government and only they can fix it.

“Their catastrophic hard Brexit and immigration policies have had a massive detrimental impact on the labour market across Scotland.

“It was also implemented in the middle of a crippling pandemic when supply chains were already under severe pressure.

“But because Brexit has been such a major contributory factor, instead of dealing with the fallout of their actions, the Tories are still trying to deny the existence of so many obvious problems.

“Too often, problems created by Brexit are ignored or indisputable evidence is dismissed.

“If the Tories continue to deny reality to put politics before people, many food and drink sector businesses will go to the wall and many Scots workers will lose their livelihoods.

“The food shortages we are facing now are a direct result of this Tory government’s botched Brexit deal.

“It once again underlines the reality that if this Tory government hadn’t dragged Scotland out of the EU against our will in the first place, and Scotland had the full powers of independence, we wouldn’t be facing these issues.

“Independence is vital to secure a strong and fair recovery for Scotland.”