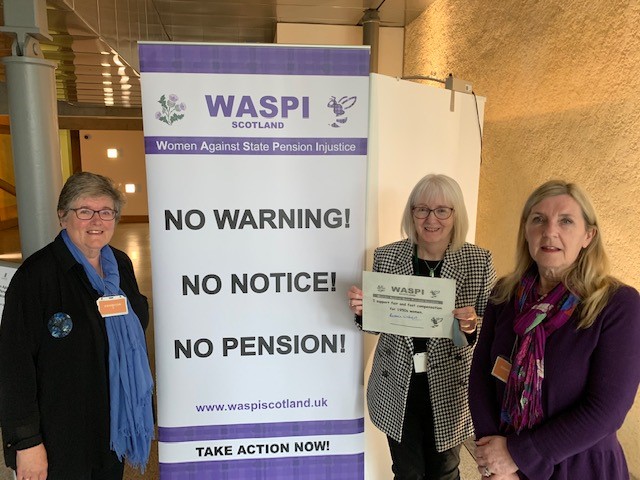 Shetland MSP and Scottish Liberal Democrat Beatrice Wishart highlighted research undertaken by Women Against State Pension Inequality (WASPI) campaigners, that demonstrates the economic benefits of compensation for women affected by the lack of notice of changes to the state pension age.

The Parliamentary and Health Service Ombudsman (PHSO) found that in 2005 and 2006 the Department of Work and Pension’s communication of these changes was maladministration.

The PHSO is now working on the next stage of the investigation.

There are an estimated 1500 women in Shetland impacted by this maladministration, who have had to wait a full six years after their 60th birthday to receive their state pension.

The campaign’s calculations show that if they were compensated by only a quarter of what they would have received if the changes to state pension age had not been made, this would result in approximately £15,750,000 being spent largely in the local community.

In addition, it is predicted over 60% would go back to HM Treasury in income tax, national insurance and VAT from the women and local businesses, making the cost to the UK Government of addressing the currently policy lower than the gross cost.

Commenting on the figures, Ms Wishart, a deputy convener of the WASPI Cross Party Group in the Scottish Parliament, said:

“Women impacted by lost state pension have reported cutting back on spending that would have benefited themselves, their families and their local communities.

“Retirements are delayed, grandchildren miss out on quality grandparent time and local businesses lose out on customers.

“Compensating the 1950s women by even a quarter of what they would have received if changes had not been made would see these losses reversed.

“Beyond the moral imperative to right this injustice and the benefits it would bring to the women themselves, this would have clear economic and social advantages for the wider community.

“The WASPI Campaign has been calling for action for seven years now.

“It is time for the UK Government to do the right thing and address the impacts of the state pension age change.”