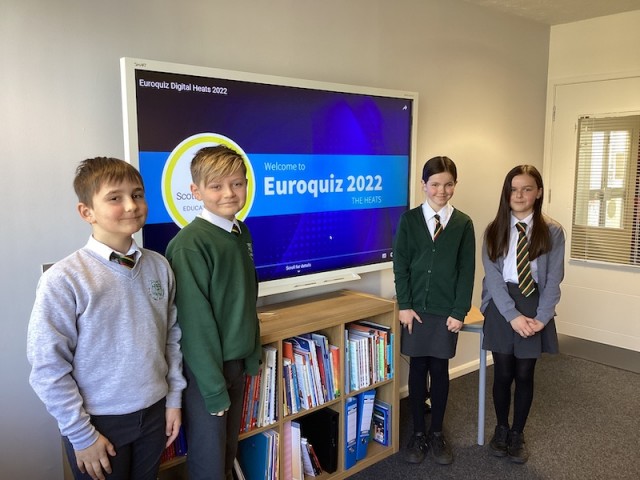 Ten Moray primary schools took part in this year’s local heat for the Euroquiz, with Greenwards emerging as victors.

Euroquiz is an annual project open to all P6 pupils across Scotland, which sees teams of four working together to broaden their knowledge of Europe and the wider world.

There are four rounds of questions, covering topics including geography, history, languages, culture and European affairs, and general knowledge.

Heats take place in local authorities from February to April, with the winning teams from all areas progressing to the national Euroquiz final held in the debating chamber of the Scottish Parliament in June.

All those who participated receive a certificate to mark their hard work, while the team from Greenwards will compete in the national Euroquiz final on Monday 13 June.

“We are extremely proud of Baillie, Neala, Loukas and Rory and the effort they have put in.

“They started studying in P5 in preparation for the school competition.

“They have shown a passion for learning and are excited to continue their studies in preparation for the national event.”