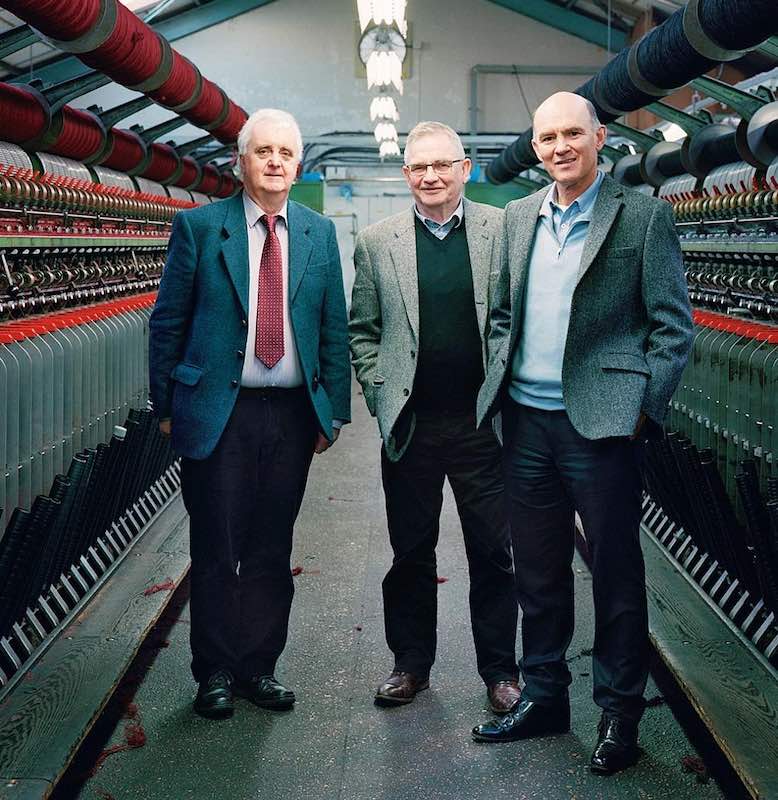 It is with deep regret that we announce the death of our co-founder, principal investor and friend, Ian Taylor, after a long battle with cancer.

Ian was a remarkable individual – extraordinarily successful in his professional career as a trader and generous with his time and wealth in support of myriad causes.

It was the great good fortune of Harris Tweed and our islands’ economy that he was prepared to invest in the industry at its lowest ebb in 2007.

His involvement went far beyond that original investment which made the creation of Harris Tweed Hebrides and the re-opening of Shawbost mill possible.

Ian brought with him huge enthusiasm and business acumen.

He visited Lewis whenever possible and was always available to offer unfailingly good advice.

“Ian was a friend for more than 20 years and the cruel illness to which he finally succumbed has robbed us of a man at the peak of his powers who had so much more to offer on many fronts.

“Ian’s father was from Ayrshire and, from when I first got to know him, he said if there was ever anything useful he could do in Scotland, to let him know.

“When the crisis arose in 2007 for Harris Tweed and I was asked to help, I knew instinctively that Ian would respond positively which, of course, he did.

“Everyone involved in Harris Tweed Hebrides and the wider community owes him a huge debt of gratitude and we will respect his memory for everything he has contributed and made possible.”

“Without Ian’s backing this company, and possibly the Harris Tweed industry, would not exist.

“He provided the funding to purchase the mill and the working capital to get the company started – in his own words ‘not to make money but because it is the right thing to do’.

“It was a brave thing to do when one remembers the position the industry was in at that time.

“Ian was delighted by the success of the company and took a keen interest in all our activities.

“His enthusiasm and drive were an inspiration to us all and we will miss him greatly.

“Ian was an extraordinary individual, hugely successful in his professional life but very down to earth and friendly to all.

“He was probably the most impressive person I have ever dealt with.”