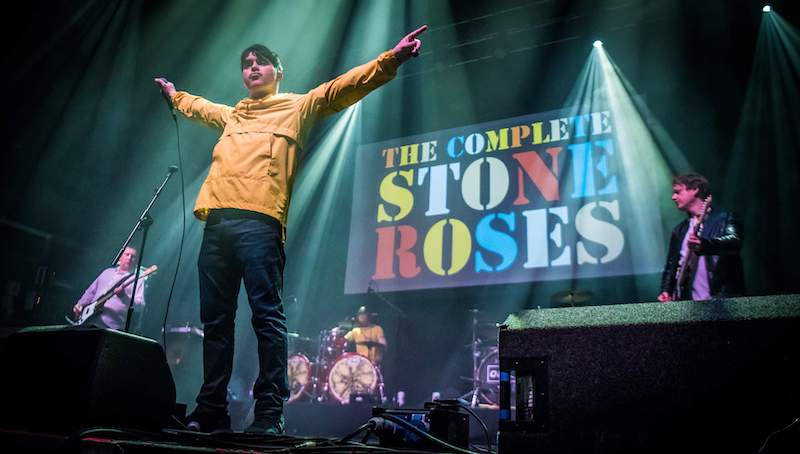 The UK’s leading tribute to The Stone Roses are set to headline Manchester Revisited at Inverness Ironworks on Saturday 4th April 2020.

The Complete Stone Roses are one of the UK’s most well-known, most seen and most successful tribute bands.

Selling out venues across the UK and Ireland regularly, they have helped to carry on the music of one of the UK’s most influential bands – The Stone Roses.

The Stone Roses played a pivotal role in the history of the UK’s indie music scene.

Famous hits like Fools Gold, I Am The Resurrection and I Wanna Be Adored are as recognisable now as were the heyday of Madchester and the Hacienda, the cultural icons from which the original band were born.

The Complete Stone Roses play to acclaim from fans themselves, the press, and even original Stone Roses band members.

“They do our songs real justice.

“At times, they play even better than we did”.

The event will also feature Smiths tribute band Frankly, The Smiths and see crowd favourite DJ Retro Dave play an Indie classic set to keep the night flowing between and after bands.

If you’re a fan of the Manchester music scene you won’t want to miss this one!

Tickets are on sale now at the Box Office or www.ironworksvenue.com or through skiddle.com