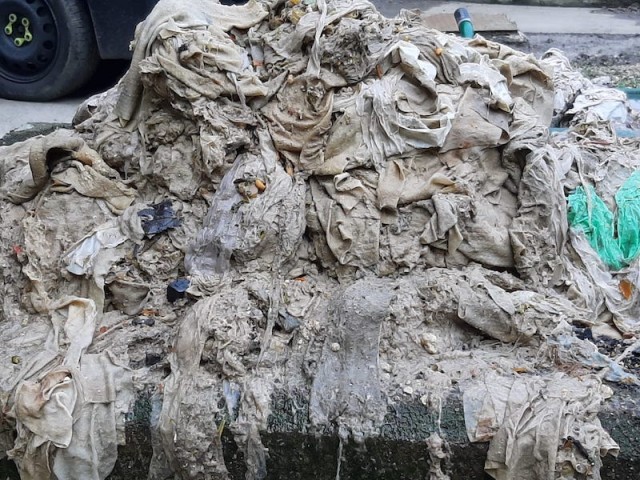 The Highlands had one of the highest rates of sewer chokes in 2021 Scottish Water has revealed, clocking up 2301 blockages over the course of the year.

And now, the utilities company has launched a major new campaign urging people to bin all wipes to help protect the environment and prevent sewer blockages from happening.

The Nature Calls campaign is also calling on the Scottish and UK governments to ban wipes made with plastic, which cause serious problems when they’re flushed down the toilet, blocking pipes and polluting rivers, seas and beaches across the country.

Research by the Marine Conservation Society shows that wipes are now the most common cause of beach pollution.

The Highland Council region had the fourth highest total of sewer chokes in Scotland, while a Sutherland postcode and two Inverness postcodes were highlighted as particular hotspots for blockages.

Around 80 percent of the blockages attended by Scottish Water contain wipes.

“When wipes of any kind are flushed down the loo they don’t just block pipes, which can then cause flooding – they also pollute our rivers, seas and beaches, and can harm marine wildlife.

“Not only that, but around 90% of the 11 billion wipes used in the UK every year contain plastic, which means they take much longer to break down, and deposit microplastics into the environment.

“That’s why we’re calling on the governments to ban plastic wipes altogether, and we’re also asking people in the Highlands to bin any wipes that they use – even those marked ‘Fine to Flush’.

“It’s time for everyone to work together to bin the wipes to protect the environment.”

The cost of attending each sewer choke is on average £118.

This means that the cost of cleaning chokes across Scotland was about £4.4 million in the past year, with £271,518 spent in the Highlands.

The Nature Calls campaign is backed by a range of other organisations, including the Marine Conservation Society, Keep Scotland Beautiful and Zero Waste Scotland.