One Year Left to Apply to The EU Settlement Scheme 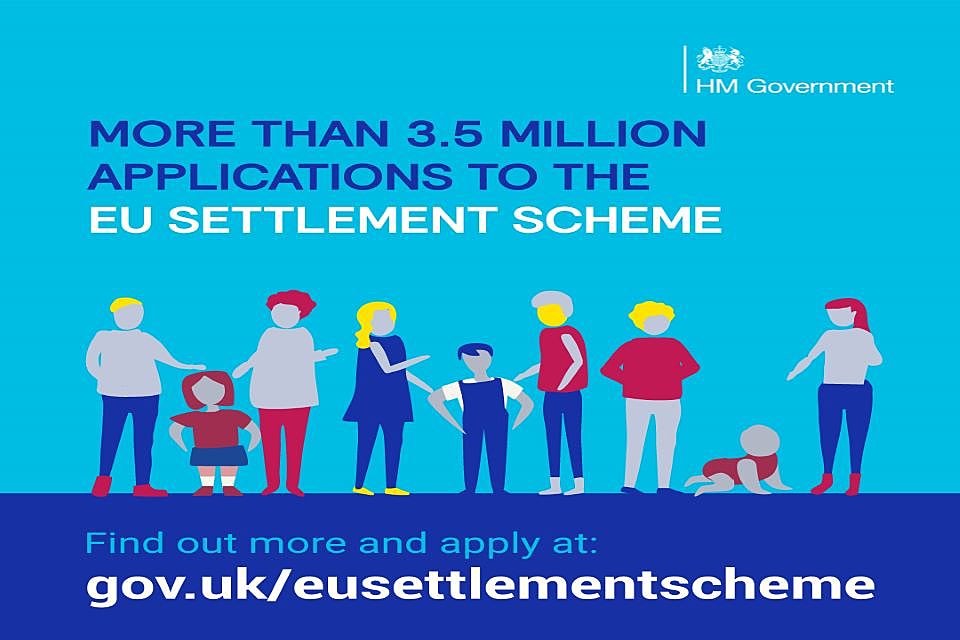 More than 3.6 million applications already and over 3.3 million have been granted status.

So far, there have already been more than 3.6 million applications and, according to internal management figures, more than 3.3 million have now been granted status.

EEA citizens and their family members who have been granted pre-settled or settled status have secured their rights in UK law, ensuring that, whether in four- or 40-years’ time, they will have the evidence they need to continue living and working in the UK – the country they call home.

“European citizens are our neighbours, colleagues, friends and loved ones.

“They enrich our culture and play an integral part in our society which is why I’m pleased 3.3 million have already been granted status under the EU Settlement Scheme and secured their rights in UK law.

“From today, there is one year to apply before the deadline of 30 June 2021 and my message to European citizens and their family members is clear – apply now.

“There is plenty of support available if you have questions or need help applying.”

Throughout the coronavirus pandemic, people have had access to a range of support either online, by email or by telephone to help them apply to the EU Settlement Scheme.

Last year, the Home Office awarded £9 million funding to 57 charities across the UK who have already helped hundreds of thousands of vulnerable EEA citizens to apply.

A further £8 million of funding was announced earlier this year for such work.