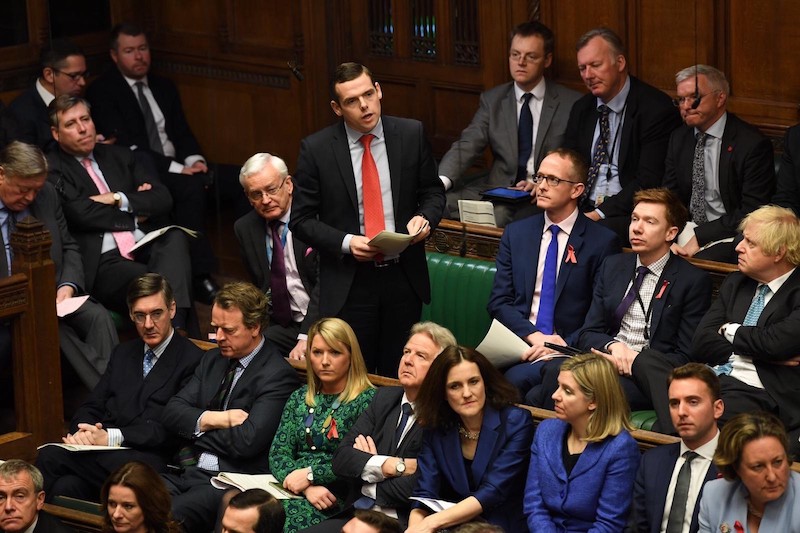 Commenting after the Chancellor of the Exchequer, Rishi Sunak, delivered his first budget which included a massive increase in funding for the Scottish Government, a freeze in whisky duty and fuel duty frozen for the 10th year in a row.

“This budget comes at an extremely difficult time for the country and I’m pleased the Government is supporting individuals and small businesses who are affected by the COVID-19 outbreak; but as well as dealing with these emerging challenges, the Government has focused this budget on delivering for people in Moray, Scotland and across the UK, and it’s clear this is a budget to get things done.

“The freeze in whisky duty is something I’ve campaigned hard for since I was first elected in 2017 and it was important to ensure we delivered this important measure for the industry again this year.

“Along with the announcement of a wider review on spirits duty, the budget has delivered key asks from distilleries in Moray and the Scotch whisky industry.

“It was also good to have Moray mentioned in the budget when the Chancellor outlined our plans to work with producers to help decarbonise distilling with a £10million fund to research alternative methods of production.

“I know the whisky industry is ready to meet this challenge and our outstanding distilleries based in Moray will play a huge role in this.

“Once again, the freeze on fuel duty delivered for a tenth successive year shows we are on the side of drivers, which is so important in a rural community such as Moray and the budget confirms that there will be no changes to red diesel used by farming, fishing and horticultural businesses.

“It’s now up to the SNP Scottish Government to spend this money wisely and deliver for our communities, rather than concentrating all their efforts on the Central Belt and criticising the UK Government.

“They now have the funds to deliver for the whole of Scotland, we just need them to do it.

“This shows we are a Government supporting everyone in our communities.

“This is a budget that delivers for Moray, Scotland and the whole of the UK.”