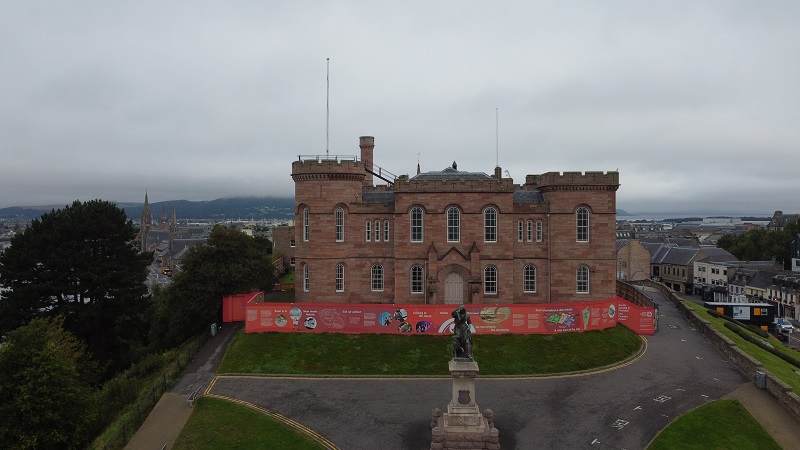 New hoarding is going up around Inverness Castle this week ahead of work beginning on its transformation into a visitor attraction.

Work on the new site boundaries began on Wednesday (April 13) with fencing securing the site expected to be completed over the next five days.

Initial hoarding will be placed along the grass bank facing Castle Street before extending around to the Castle Road side of the site.

Once completed, hoarding around the castle will extend down to the vehicle barrier on View Place.

New wayfinding signage will be placed around the esplanade to guide pedestrian access during the construction period.

Developers Bancon Construction have now taken possession of the Inverness Castle site with work expected to begin on the castle itself next week.

The first phase of work will see the installation of new external services, such as water and electricity, and preparations for the site complex.

Internally, work will concentrate on stripping out and creating new structural openings throughout the building.

“We’re thrilled that work is beginning on site and we look forward to sharing updates on how the work is progressing over the next two and a half years.”

Bancon Construction’s contract will run for two and a half years, to be followed by the fit-out of the new visitor experience, meaning that the visitor attraction will have a planned opening date in 2025.

The planned construction will include:

Improving accessibility and inclusivity to all parts of the building, including a new universally accessible rooftop viewing area in the South Tower

Careful conservation of the building fabric throughout

The Inverness Castle project will benefit from £30m investment to support its re-development from the Scottish and UK Governments, The Highland Council, Highlands and Islands Enterprise and a range of other partners.