20 Years of Loch Ness by Jacobite  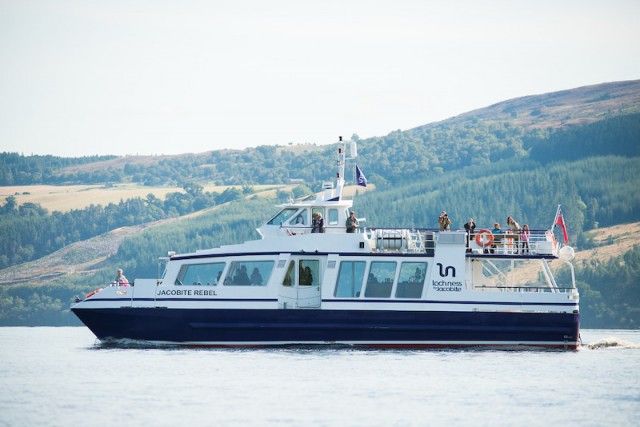 It has been 20 years since Freda Newton took ownership of Loch Ness by Jacobite which, since then, has grown passenger numbers by 828%, hosted numerous marriage proposals, welcomed celebrities, and even starred in TV programmes.

Originally known as Jacobite Cruises, Freda Newton has been at the helm of the business since 22nd March 2002.

The growth of the cruise business has been bolstered in recent years, with the opening of a restaurant and retail offering at An Talla in 2019 and a range of stunning holiday cottages in 2021.

20th anniversary celebrations will be taking place over the course of the year, with a highlight being the return of the popular Booze Cruise during the Queen’s Platinum Jubilee weekend.

Back for one night only on Saturday 4th June, the Jacobite Queen will depart from Tomnahurich Bridge in Inverness for a three-hour cruise of Loch Ness during sunset, with a DJ and bar.

“I’m so proud of what the entire team has achieved in my 20 years at Loch Ness by Jacobite.

“I’ve had the pleasure of employing some wonderful, talented people over the years and without them, the business wouldn’t be where it is today.

“I hope the team and customers old and new will join us for celebrations throughout the year.

“We’ll be giving out 20th anniversary cupcakes on the boats and at An Talla today and I’m really excited for a bit of nostalgia when the Booze Cruise makes a one-off return over the Platinum Jubilee weekend.

“It’s only fitting that our own Jacobite Queen is the star of the show for the weekend.

“She’s ruled the waves of Loch Ness since 1987 and knows how to throw a party!

“The Booze Cruise was such a popular event in times gone by, so I’m really excited for its return and to mark this anniversary in such a special way.”

There have been numerous highlights from the last 20 years, including:

Welcoming people from all over the world.

Celebrity guests include Karen Gillan; the cast of A League of Their Own with Loch Ness by Jacobite’s sister company, Beastie Boats; the cast of Celebrity 5 Go Motorhoming; and Alexandra Burke and the cast of Sister Act.

Numerous marriage proposals onboard the boats, including three in one day!

Starred in TV programmes, including an American documentary on Nessie on the Discovery Channel in 2016; A League of Their Own; and Celebrity 5 Go Motorhoming.

Details of how to purchase tickets for the Booze Cruise will be announced on The Loch Ness by Jacobite website and social media channels in the coming weeks.