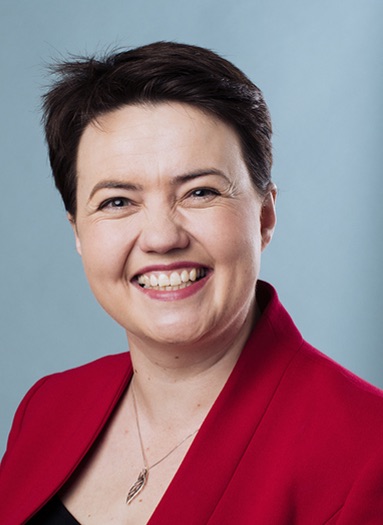 As Baroness Ruth Davidson leaves the Scottish Parliament and heads off to take up her unelected, £300-a-day spot in the House of Lords, the SNP has outlined her legacy of consistently letting down the people of Scotland.

Since being elected to the Scottish Parliament in 2011 as leader of the Scottish Tories, Baroness Davidson has:

–          Opposed an extension to the Universal Credit uplift

–          Voted against welcoming thousands of refugees to Scotland

“Ruth Davidson’s time with Boris Johnson’s Tories has been defined by a litany of U-turns and failures.

“She will leave those in her wake as she heads off for the unelected, undemocratic and unaccountable House of Lords.

“For the entirety of the 10 years she has been in the Scottish Parliament she has let down the people of Scotland at every turn, from prescriptions charges to dragging Scotland out of the EU.

“Ruth Davidson was presented as a change from the Tories of old, but in reality, she was just another representative in Scotland of a Westminster Tory establishment that all too often lived up to its tag of the “Nasty Party”, by failing the most vulnerable in our society.

“She supported the dreadful bedroom tax, opposed an extension to the uplift to Universal Credit and backed the abhorrent rape clause and two-child cap.

“Scotland’s exit from the EU has demonstrated how Ruth Davidson and the rest of the Scottish Tories are inept at standing up to Boris Johnson as they were posted missing when Scotland’s fishing, food industry and exporters were sold down the river and have had their industries devastated as a result of the hardest of Tory Brexits.

“At this election, which Ruth Davidson is ducking out of, the people of Scotland will have a choice, to put their future in their own hands with a post-pandemic referendum or into the hands of Boris Johnson.”