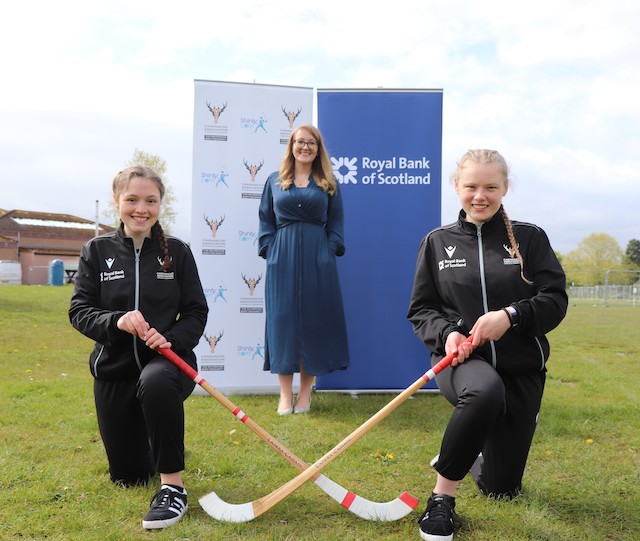 The Camanachd Association are delighted with the return of youth shinty.

Along with club competition, school events will also be returning and the Camanachd Association has launched the 2021 Schools Competitions alongside the Royal Bank of Scotland, who will be sponsoring not only the below competitions but also the shinty ambassador programme.

The shinty ambassador programme has been in place for three years now and has a significant impact on the number of opportunities for young people.

Creating opportunities for young people to lead, support their local clubs and develop shinty within their local schools.

“After an extremely challenging year for schoolchildren and young people across the country, we’re proud to be able to maintain our continued commitment to shinty in Scotland.

“This partnership with the Camanachd Association will not only help a new generation enjoy the benefits of the game but through the ambassador programme will help show the importance that sport can play for our communities.”

“We are delighted that we have been able to launch this new partnership with Royal Bank of Scotland.

“The opportunity that these High School competitions provide for youngsters to get involved in sport and stay active, both physically and mentally, cannot be overstated.

“I am particularly happy to see support for the Young Shinty Ambassador programme which has been highly successful in its infancy, this agreement will give us the ability to build on those strong foundations.”

“Our number one priority for 2021 was to restart shinty.

“The fact that youth shinty is soon to return is fantastic testament to the volunteers from clubs and schools who make these opportunities possible.

“The young ambassador programme has been a real success in increasing the amount of shinty played in schools and we are extremely grateful to Royal Bank of Scotland for their continued efforts to support our leadership programme for young people.”