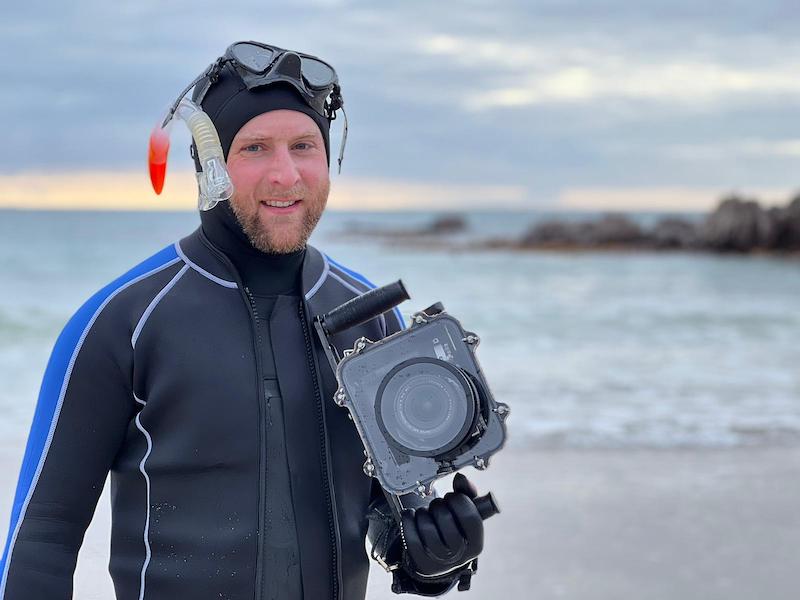 Intrepid explorer Calum Maclean returns with a new series of Dealbh is Slighe on BBC ALBA – capturing postcard perfect pictures from his travels around Scotland.

Featuring stunning locations from across the country, Calum combines his love for photography with that of the great outdoors.

The 10-part series of eight-minute shorts follows Calum in his quest for a special photo in each location, showcasing some of Scotland’s finest scenery along the way.

From An Teallach in Wester Ross and the expanse of Loch Ness to capturing Schiehallion from the Dundee Law and theglory of the Moray Coast, Calum goes far and wide in search of outstanding photos.

The range of locations mean that Calum needs to use various methods of travel, including mountain biking, hill walking, paddleboarding and, of course, wild swimming.

Along the way he spots unique snaps to illustrate his journey across the terrain and reflects on his efforts to capture the landscape around him.

Over the series, Calum demonstrates a range of photographic skills and techniques such as long exposures, underwater and astrophotography, but it’s Calum’s keen eye that brings remarkable results.

Dealbh is Slighe (Picture and Journey) is Scotland at its bonniest, but, while Calum always has an idea of the image he wants to capture, it doesn’t always work out he plans as he battles the elements and challenging ground conditions.

Highlights from the series include Calum’s race against time to the top of An Teallach as he tries to beat the sunrise in order to secure an unforgettable series of shots.

Calum also explores a cave complex near Arbroath, heading into the darkness in search of a striking image of the wonders that lay within.

Tarlair Swimming Baths, a lido set against the North Sea, also proves a tough trek for Calum as he swims around the Moray Coast to reach his destination, snapping some retro shots upon arrival.

The night sky in Perthshire’s Glen Lyon, a sea safari in Assynt, snaps of the Fryish monument in Evanton and the mystery of a beach in Arisaig are all captured in time by Calum.

Dealbh is Slighe (Picture and Journey), produced by BBC Gàidhlig, airs on BBC ALBA with each episode available on BBC iPlayer for 30 days afterwards.

The series runs for 10 episodes.