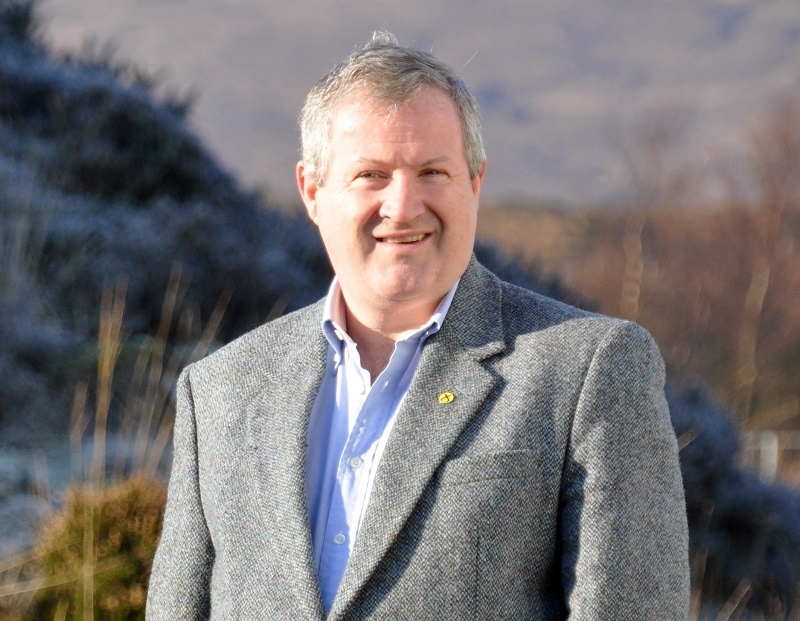 The SNP has said the Tory government must give a ‘cast-iron’ commitment to the devolution of key financial powers at today’s fiscal statement in order to secure a strong recovery in Scotland.

Speaking ahead of the Chancellor’s statement, Ian Blackford MP (pictured) said the financial powers are the “essential key” to Scotland’s recovery – warning that if the Tory government withholds them it would leave the Scottish Parliament responding to coronavirus economic crisis with “one hand tied behind its back” threatening more job losses and businesses going under.

The SNP Westminster Leader is calling for the powers as part of the SNP’s five-point plan to kickstart the economy, protect jobs and incomes, and build a fairer society, including:

Devolution of the financial powers necessary for the Scottish Parliament to deliver a tailored response and secure a strong recovery for Scotland.

Extending the furlough scheme for as long as each of the four UK nations require it – so no one is left behind.

Measures to reverse rising child poverty – including a £20 per week increase in the child element of Universal Credit and Child Tax Credits.

A temporary reduction in VAT and a two pence cut to employer’s National Insurance contributions to protect jobs and reduce the cost of hiring staff.

“The Chancellor must give a cast-iron guarantee that the Tory government will devolve, not withhold, the financial powers and funds necessary to secure a strong recovery in Scotland.

“That means a major recovery package of at least £80billion in new investment and devolving the powers needed for the Scottish Parliament to ensure tailored support that meets Scotland’s needs.

“The Tory government must not put Scotland’s recovery at risk.

“These powers and funds are the essential key to Scotland’s recovery.

“Without them, the Scottish Parliament will be left tackling this unprecedented economic crisis with one hand tied behind its back – threatening budget cuts, job losses and more businesses going under.

“After Boris Johnson’s woeful relaunch speech, today we need to see the Tory government raise its ambitions and follow the lead of countries such as Germany, which are investing huge sums to protect jobs and incomes.

“It is crucial that the Job Retention Scheme is extended for as long as required in each of the four nations.

“If the UK government withdraws financial support too soon there is a very real danger that redundancies will soar and businesses will be put in jeopardy.

“Investment must also be targeted to build a fairer future.

“This crisis has exposed and compounded the deep inequalities that Tory cuts have caused over the past decade.

“We now need a major boost to family incomes to reverse the shameful rise in child poverty if we are to avoid a two-tier recovery that would leave millions of families behind.

“Finally, it is vital that investment in the NHS and Social Care is increased to at least the higher levels of spending we have in Scotland.

“There’s no point in the Tories clapping the NHS and carers if they aren’t willing to invest the funding needed.

“This is a critical moment for Scotland’s economy – it is vital we have the powers and funds needed to meet the huge scale of the crisis we face.

“The Tory government must step up.”