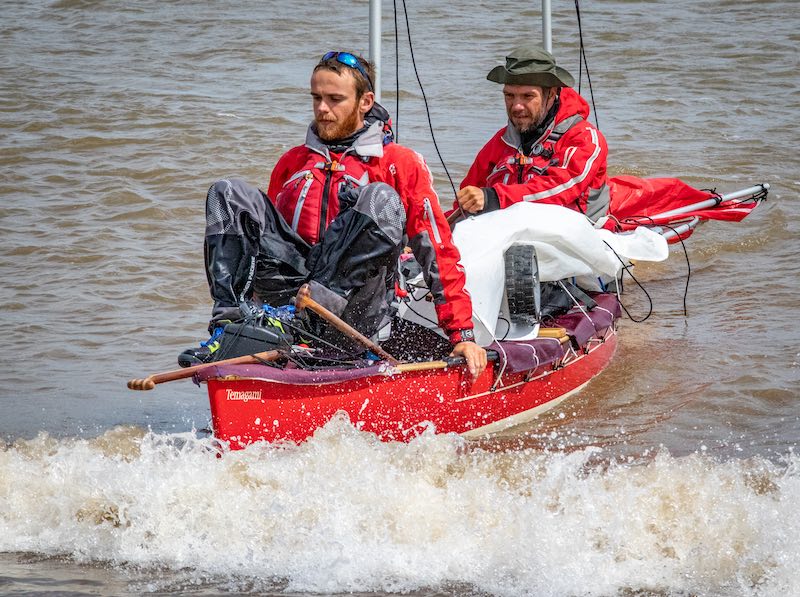 Garmoran Publishing, a new Scottish publishing venture based in Strontian, is celebrating the successes of its inaugural two titles.

Only Fools and White Horses, by Colin Skeath (main picture), has already hit #1 in the Amazon chart for ‘Hot New Releases’ in books about canoeing.

A thrilling memoir based on the adventures and challenges faced by Colin and his nephew, Davis as they made the first circumnavigation of mainland UK in an open canoe, Colin illuminates for the reader the highs and lows of an epic journey shared with a close family member.

Deleted, by Sylvia Hehir (pictured) is a contemporary YA romance and was winner of the T.C Farries trophy.

Deleted was recently listed in the Scottish Book Trust ‘30 Scottish novels to look out for in 2020’.

Fans of Sylvia’s first YA novel, Sea Change, published last year by Stirling Publishing are currently placing their pre-orders of Deleted ahead of its release in May 2020.

An accessible read with a narrative that embraces small town prejudices along with themes of identity and belonging, Deleted joins Sea Change in bringing a fresh voice exploring the universal issues facing young people today, in a West Highland setting.

Both authors live in Strontian and are members of the Sunart Writers’ Group.

With distribution by Vine House Distribution, their books are available through all usual booksellers, in stores and online, and directly from the authors’ websites.

Colin Skeath has an extensive mountaineering background and has climbed rock faces and mountains across Europe, Africa and America.

After 30 years in the mountains he bought a canoe and his passion switched.

Following his retirement from West Yorkshire Police, where in 2018 he was awarded an MBE for Services to Policing and the Community, Colin relocated to the Scottish West Highlands.

Here, he pursues his love of canoeing and is one of the most experienced coastal canoeists in the UK.

Only Fools and White Horses is his first publication.

Sylvia Hehir gained a doctorate in creative writing from University of Glasgow and was a recipient of a Scottish Book Trust New Writer Award.

Her other works include:

Sea Change, a contemporary YA thriller, winner of the Pitlochry Quaich and shortlisted for the Caledonia Novel Award;

A Time to Leave, a short story, winner of the John Severn trophy and longlisted in BBC Radio 4 Opening Lines.