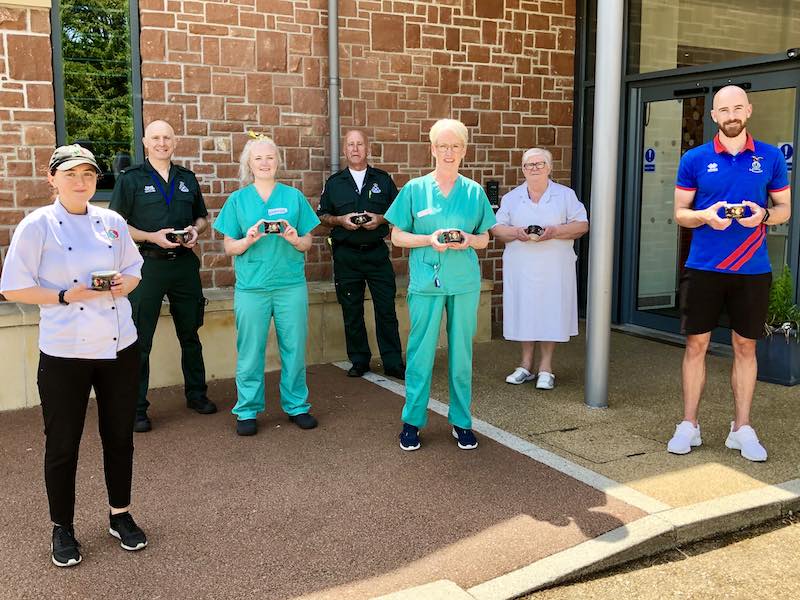 As part of the ICTFC TogetherNess campaign, the club and its partner Miele’s Gelateria delivered over 100 tubs of ice cream to the Highland Hospice in Inverness and a further donation was also made to Raigmore Children’s Ward.

James Vincent was on hand to help pass on the delicious gelato on the 5th Anniversary of his winning goal in the club’s historic Scottish Cup triumph and James is pictured here with some of the staff from Highland Hospice NHS Scotland and Miele’s.

It follows a week of joint gelato deliveries by the club and Miele’s in Inverness and the surrounding area as part of the ongoing #TogetherNess and #gelatosmiles campaign.

James Keatings, Mark Ridgers, Roddy MacGregor, Scott Kellacher and Manager John Robertson also took part in spreading the happiness and it looks like they picked the perfect week for it ☀