Moray’s Most Popular Books in 2021 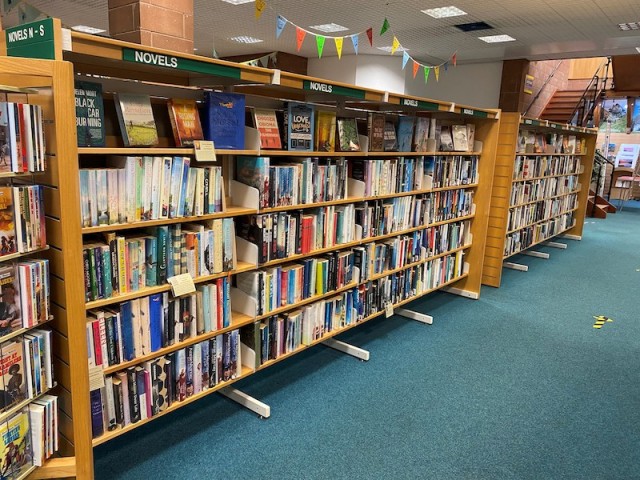 Moray Council has published its list of the most borrowed books in 2021, showing Moray’s avid readers are very much devotees of murder mysteries and crime thrillers.

Cleeves’ The Long Call, which is set in Devon, held The Thursday Murder Club, penned by TV personality and author Richard Osman, off the top spot. Barring Osman and Lee Child, the 2021 top ten fiction list was peppered with Scottish and Scottish based talent in the way of Ian Rankin, Val McDermid, Stuart MacBride and Maggie O’Farrell.

Not surprisingly US based Scot, Douglas Stuart, was very much in the mix, with his Booker Prize winning novel Shuggie Bain taking fourth spot.

The non-fiction list showed an eclectic assembly of subjects of interest including anthropology, biology, biography and memoir culminating in Michelle Obama’s Becoming taking the top spot, above her husband’s A Promised Land in fifth spot.

Closer to home and in an excellent second place in the table, is Women of Moray, a volume consisting of stories of women associated with the Moray area, who are of historical importance and examples of extraordinary female achievement.

The top ten includes stalwarts like Bill Bryson and Dame Sue Black and also the ubiquitous smattering of ‘foodie’ favourites with A Pinch of Nom and Hugh Fearnley-Whittingstall amongst the elite.

6          Adventures of the Yorkshire Shepherdess by Amanda Owen

During the pandemic and with people spending more time at home, Moray Libraries users have been quick to use the free eBook and eAudiobook service supplied by Overdrive and the Libby App.

The top ten listings for these formats of reading material also shows the penchant for murder mystery and the prevalence of Scottish authors especially in eAudiobook format. The most borrowed eBook was Marian Keyes’ Grown Ups and the favourite eAudiobook was A Song for the Dark Times by Ian Rankin.

For younger readers, the junior fiction selection is dominated by three writers – Jeff Kinney, David Walliams and J K Rowling and it came as no surprise that popular author Julia Donaldson featured several times in the picture book list albeit not on top spot.

5          The ballad of songbirds and snakes by Suzanne Collins

With the easing of restrictions, Moray Libraries looks forward to re-introducing reading groups and other activities in the coming weeks and months, but most of all looking forward to welcoming back even more customers to their static libraries and to the mobile library covering the length and breadth of Moray.