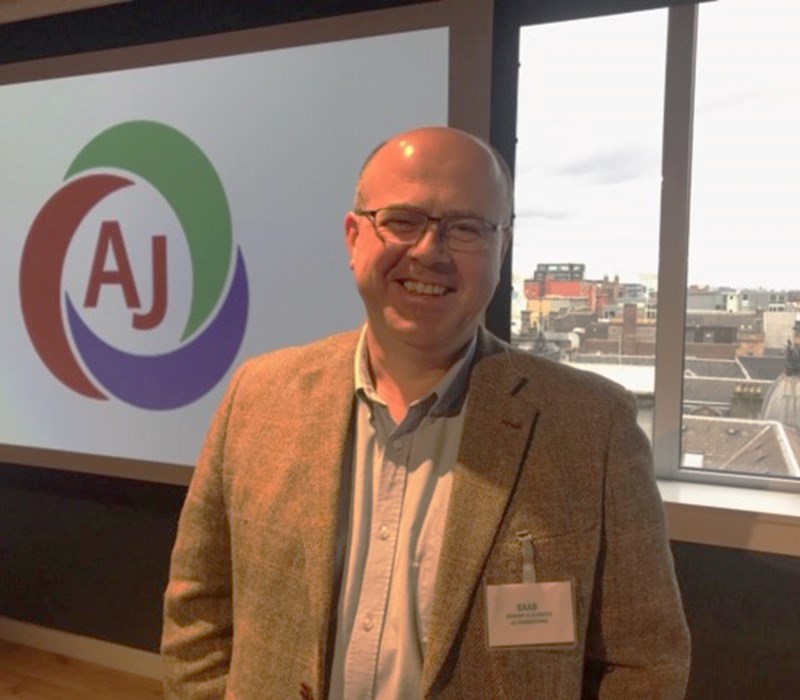 The general manager of a local engineering and construction company has been given a new role as a director with the firm.

Graham Alexander (pictured) was given the position to assist managing director Alan James with the operation of AJ Engineering and its sister company the Northern Engineering and Welding Company located in Fort William.

Graham who hails from Forres and joined the Forres-based firm six years ago will retain his position as general manager.

“Graham joined AJ Engineering in 2014 and it was an unusual process to get him on board as he was living in Brisbane, Australia at the time.

“His first interview was carried out by Skype, then for a second interview Graham travelled 25 hours to Forres then 25 hours back to Brisbane in a weekend so as not to affect his job.

“Six years on, I am delighted that Graham has agreed to join me as a director of our group.

“He has significant civil, construction and project management experience and has helped build the business up since he joined us.

“His promotion to director will see him provide more strategic direction to the group and help grow and diversify the businesses.”

“Like many other businesses, we are facing an economic downturn due to Covid-19 but we are fortunate that the group has a very skilled workforce who are dedicated to customer service.

“We are looking forward to all of them coming back together at Forres and Fort William once the necessary furlough period has passed.”

Graham was born and raised in Forres but spent 20 years away as a civil engineer and project manager including 16 months in Brisbane where he was a principle project manager of Water Treatment and Construction projects.

Speaking of his appointment, Graham who is married to Bev and has two daughters said:

“I am delighted with my new role.

“It is a huge compliment that my efforts over the years have been rewarded in this way and that Alan has a belief in me to support him in taking the company forward.”

“I will stay in position as general manager, but my new role gives me more autonomy to support both AJ Engineering and NEWCo.”