Police Appeal for Information on The Death of Anthony Parsons 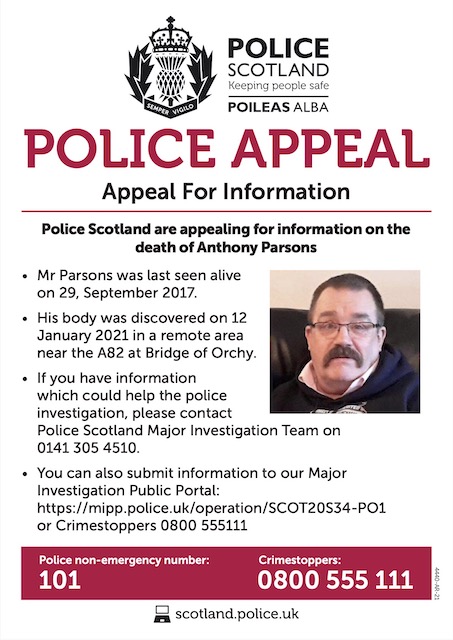 On Wednesday, 30 December, 2020, two men, both aged 29, were arrested and then released pending further enquiries in connection with his disappearance.

In a statement on behalf of the Parsons family, his son Mike said:

“The last three years have been incredibly hard for us as a family and for all those who knew my Dad.

“We always hoped there would be a positive outcome and have now been left devastated by my Dad’s death.

“It is still so hard to comprehend that when he went on his charity bike ride three years ago that was to be the last time we would ever see him.

“He has been deprived of so many family events and it hurts us so much as a family to see his grandchildren grow up without their grandad.

“Now we know there won’t ever be an opportunity to see him again.

“We would like to say a heartfelt thank you to everyone who looked for my Dad, for never giving up and for giving us the opportunity to make sure he could come home so we could say our final goodbyes.

“We are extremely grateful to Police Scotland, forensic scientists, all the mountain rescue teams and everyone else involved in the investigation for their work in such difficult conditions and circumstances.

“I know we cannot get closure until we find out who did this and why it happened, so I would ask anyone who may have even the smallest piece of information to please speak to the police and help us get the answers and closure we need.”