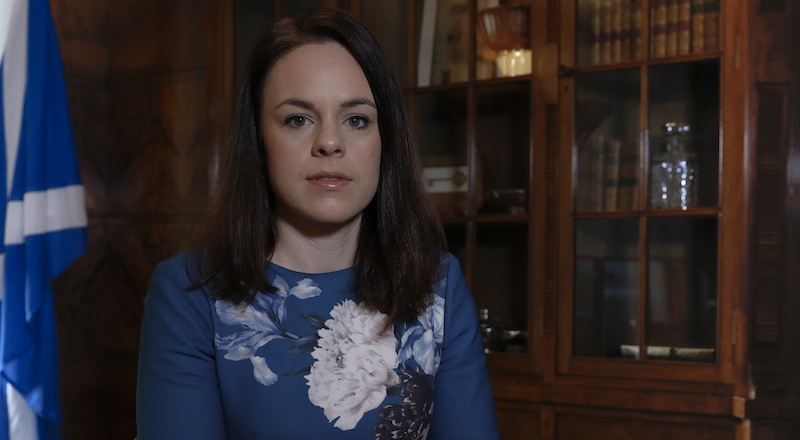 Scotland’s Finance Secretary (pictured) has said “casting both votes for the SNP on 6th May will leave households much better off” – as bombshell Tory council tax rises in England will see households landed with a £2billion bill.

From today (1st April), households in England will face an average council tax hike of 4.3%.

Households in London are set to be hit hardest, with a 9.5% increase in the Greater London Authority precept and an average increase of 5.5% for a band D property.

Under the SNP, every Scottish household benefits from cheaper council tax bills – with households paying on average £500 less than those in England under the Tories.

If re-elected, the SNP has pledged to scrap the council tax charge for everyone under the age of 22 – expanding the current exemption for students to all young people, including those in work and apprenticeships.

“Casting both votes for the SNP on 6th May will leave households much better off.

“There is no doubt that families in Scotland are already better off under the SNP, with households paying £500 less on average as a result of the SNP’s council tax freeze.

“In stark contrast, the Tory council tax bombshell will leave families in England with a staggering £2billion bill on their doorsteps this morning, as council tax is hiked by a whopping 4.3% on average across the country.

“If re-elected, the SNP will go even further to support household incomes by scrapping the council tax charge on everyone under the age of 22.

“It is right that the exemption for students is extended to all young people, including those in work and apprenticeships.

“The issue at this election is who we trust to secure a fair recovery for Scotland.

“The SNP has prioritised action to boost incomes and make Scotland a fairer place to live, while the Tories impose a public sector pay freeze, cuts to Universal Credit, and tax rises for millions of workers.

“The only way to ensure that Scotland’s recovery is in Scotland’s hands, not Boris Johnson’s, is to cast both votes for the SNP on 6th May.”