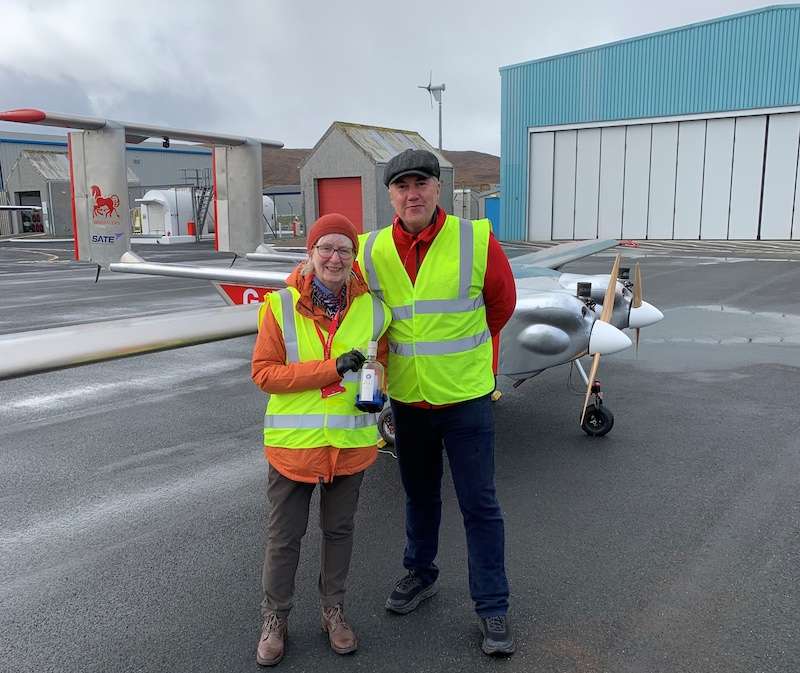 Wishart met with Royal Mail staff and Charles Scales, CEO at Windracers, the company who operate the drone, at Tingwall Airport.

Petrol-fuelled, the drone can travel between Tingwall and Unst without refuelling.

Windracers have conducted similar trials in Orkney, including a flight between Kirkwall and Fair Isle, as well as trials in the Isle of Wight and the Scilly Isles.

After helping to load the drone Ms Wishart said:

“This is an exciting innovation in delivery for rural, remote and island communities.

“Having helped to pack the drone for its trip north, and offloaded a bottle of Shetland gin that came south, I can see that the technology has the potential to speed up deliveries over vast distances and its uses are not limited to mail.

“With the spaceport being developed in Unst this could have a beneficial impact on the nationally important centre, as well as ensuring speedier deliveries to residents.