Christmas Trail Unwrapped to Get People Out and About 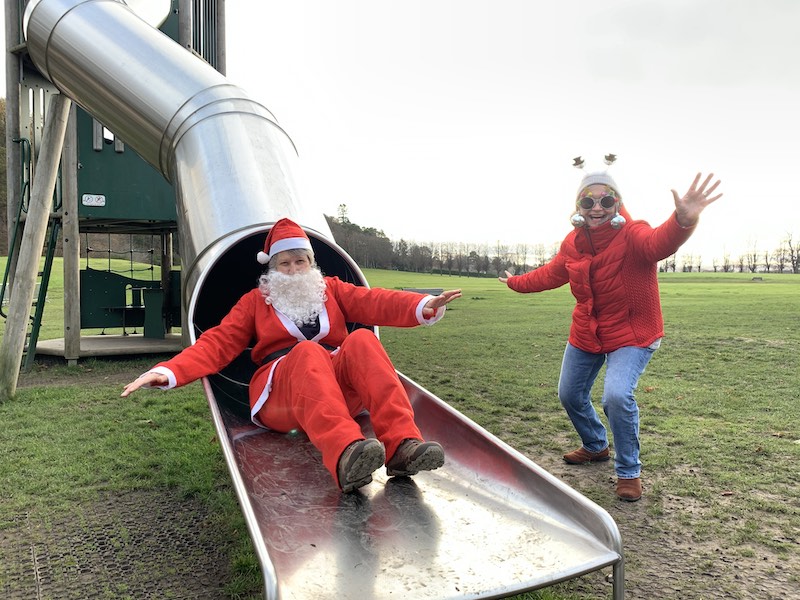 Santa’s helpers have been busy creating a festive trail to encourage people to get out and about in the run up to Christmas.

Following on from the success of its Halloween trail, the Forres Heritage Trust has now launched a Christmas themed hunt with kids young and old being asked to search for the 12 Days of Christmas.

Taking the lead on the project are Trustees Sandra MacIver and Ainsley James.

Sandra who set up the Halloween trail said:

“We are absolutely over the moon with the response we got for the Halloween trail which was really simple and was actually pulled together very quickly.

“We had such great feedback on our Facebook page and people were happy to share their pictures of themselves and their children taking part in the activity.

“There were a number of people who even dressed up in Halloween costumes and we are hoping that people feel the same way for the Christmas trail and have a bit of fun.”

“The Christmas trail will run in a similar way as the Halloween one.

“We have laid out 12 pictures depicting the well-known song 12 Days of Christmas and all people have to do is try and find them all. It is just for fun.

“The idea is to get people out and about, remind them that Forres has such a beautiful park and get them up to Cluny Hill and around Nelson’s Tower.

“Like many tourist attractions, the Trust has been unable to operate as normal this year, so this is just a gentle reminder that we are still here, working away in the background and that we still want to support our community in the hope that will be reciprocated when we can re-open.”

The Christmas Trail which starts at Mather’s in Grant Park launched on December 1 and the pictures will remain in place until just after Christmas day.