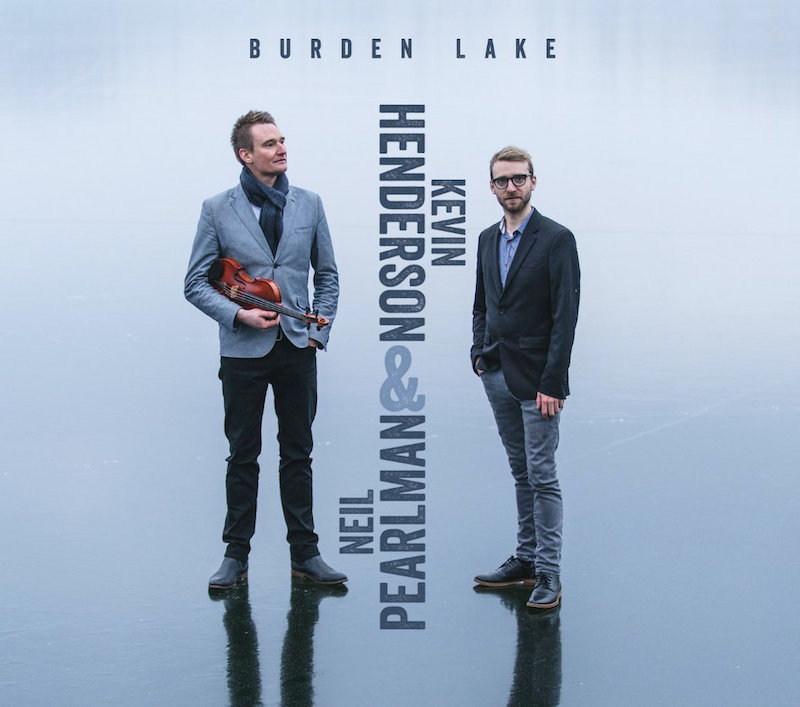 Scotland’s Kevin Henderson and the USA’s Neil Pearlman have come together to create a unique transatlantic musical offering, exploring the similarities and differences of their own traditions.

Alongside showcasing the musical styles of their native traditions, both artists have come together to take a fresh exploratory approach to blending new and original tunes with grand developing sections, jazz harmonies, improvisation and a healthy dose of personal innovation.

The record was written overlooking its namesake Burden Lake, near Albany in New York state.

Stationed by this vast, peaceful frozen body of water, the pair set about creating this unique body of work.

Kevin has been in the vanguard of the Scottish traditional music scene for decades, immersed in Shetland and Scandinavian traditions and Glasgow’s contemporary folk scene while playing as a member of Fiddlers’ Bid, Boys of the Lough, Session A9 and Nordic Fiddlers Bloc.

Neil is recognised across the celtic world for his unique approach to piano accompaniment.

He has performed and collaborated with the likes of Alasdair Fraser, Wendy MacIsaac, Darol Anger and Katie McNally and studied jazz piano in New York City.

Their wide-ranging influences combine in the distinctive sound of Burden Lake, moving effortlessly between heart-wrenching airs and fiery reels as they tell stories from both sides of the pond.

By January 2019, they were on their first tour together, during which they decided to take three days ‘off the road’ to create Burden Lake.

In August, the album was recorded live in the beautiful surroundings of a renovated church at Simpson Street Studios in Thropton, Northumberland.

Engineered by Ian Stephenson (Kan, Baltic Crossing) and featuring Neil Harland on double bass, the album captures the electric atmosphere and energy of a live show.

“Neil and I were instantly drawn to one another’s music and style so making this album together was instinctual.

“We both come from backgrounds deeply rooted in tradition, but also love pushing the envelope so the creative process became so open.

“We’re really excited with the result, Burden Lake is not like anything either of us have ever produced before.”

“Kevin and I really enjoy making music together.

“It’s a very natural process and one that not only pushes us both creatively, but something that is quite a departure from other music we tend to play and record.

“This album was an opportunity for us to mix it up and focus on our own playing and we’re really proud of the outcome.”

The album’s rousing opening track ‘Sjovald’ is named after Kevin’s 11th great-grandfather who was a Viking of Norwegian and Swedish descent.

Sjovald, which translates as ‘Sea Power’ or ‘Sea Ruler’, was shipwrecked on the island of Yell in north Shetland around 1500 and settled there.

His adventurous spirit and fortitude inspired Kevin to pen the song.

On ‘San Simon / 47 Hours’, Neil was inspired to write the buoyant medley by a visit to a children’s fiddle camp on the tiny Spanish island of La Isla de San Simon.

The 47 hours refer to a chaotic two-day journey Neil undertook from Portland, Maine to Newcastle, England, perfectly capturing that familiar frantic feeling of running for a flight.

The title track is named after the lake the duo were staying beside when they wrote the album, this beautiful and peaceful place surrounded by nature was the perfect source of inspiration.

Burden Lake is out on Friday 3rd July 2020 and will be available on CD and to download and stream via www.kevinandneil.com.

A tune book will also be available to buy.