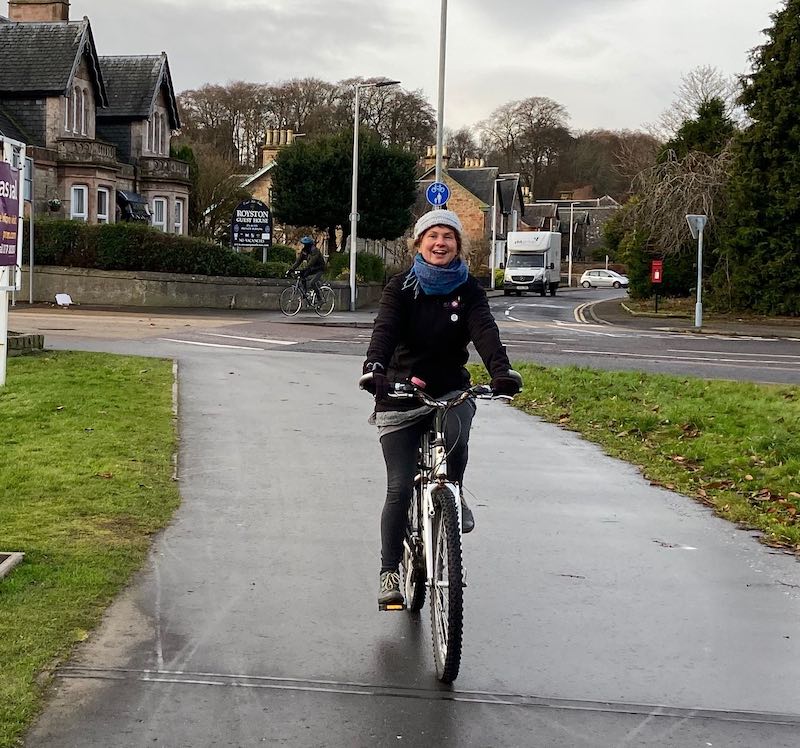 The UK’s most comprehensive assessment of walking, wheeling, and cycling in cities, has revealed that the people of Inverness walk or wheel the equivalent of the length of Great Britain 64 times per day – with residents cycling the same distance 28 times per day.

The Walking and Cycling Index revealed that every day, walking, wheeling, and cycling in Inverness takes up to 16,000 cars off the road.

This saves 2,800 tonnes of greenhouse gas emissions, creates £45.3 million in economic benefit whilst saving the NHS the equivalent cost of 41,000 GP appointments.

However, the findings in the report show that there is the potential for a far greater benefit given that 13.7 million journeys of up to three miles are driven in Inverness each year.

9,681 people in seven Scottish cities were surveyed in summer 2021 by Sustrans as part of the biennial Walking and Cycling Index, formerly known as Bike Life.

However, it revealed that walking and wheeling is discriminatory.

Only 65% of LGBQ+ people felt welcome and comfortable walking or spending time on the streets of their neighbourhood, compared to 78% of heterosexual people.

Results show that 71% of disabled people felt comfortable walking or spending time on the streets of their neighbourhood, in comparison to 80% of non-disabled residents.

Almost half of people in Inverness want more government spending on walking and wheeling (48%).

Banning pavement parking would help 71% of residents, with the same percentage of people thinking that wider pavements would be useful to enable more walking or wheeling.

Proximity of local services and amenities also prevents people walking and wheeling, as only just under half of respondents (47%) agreed they could easily get to many places they need to visit without having to drive.

A total of 80% of people support the creation of more 20-minute neighbourhoods where amenities and services, such as shops, green space and GPs are located within a twenty-minute return walk or wheel of where they live.

The Covid-19 pandemic has had a huge impact on how, when and the amount that the people of Inverness travel.

The Index findings will help inform the Council’s future planning and decision-making which will aim to build on the existing Active Travel levels by creating a better network to support people to choose to walk, wheel or cycle.

1,373 of people in Inverness were surveyed by Sustrans in 2021 as part of the biennial Walking and Cycling Index, formerly known as Bike Life.

In total, data was captured from 18 cities, with more than 24,000 people surveyed in areas of Scotland, England, Wales, Northern Ireland and the Republic of Ireland, representative of a total population of over 13 million people.

“I’d like to thank the people of Inverness who gave us their time to take part in the Walking and Cycling Index.

“Walking and wheeling should be the most accessible and desirable form of transport.

“It is of huge importance to people, especially during the current cost of living crisis and the climate emergency.

“The evidence is clear – Inverness residents want the option to walk and wheel to where they need to get to, and don’t want outdated and unmaintained pavements, crossing points that make walking and wheeling unsafe or inaccessible, and vehicles parked on pavements getting in their way.

“The Highland Council can be rest assured that they have the backing of the public to build on the work they have already started to make it easier for people to walk, wheel and cycle to get around.”

“The findings from this 2021 survey will help to inform The Highland Council’s future planning and decision-making to ensure that we are in the strongest possible position to create a bigger, better, safer and more cohesive walking, wheeling and cycling network in Inverness.

“The potential for more active travel in Inverness is vast as the survey highlights that 13.7 million journeys of up to three miles are driven in Inverness each year.

“Detailed designs are already underway for several transformational projects that will encourage more people to choose active travel as their everyday mode of choice for these short journeys.

“There is a lot of work to do, but we are confident that we will work together with our partners and secure the status of Inverness as Scotland’s cycling city.”