More Needs To Be Done To Tackle Marine Litter  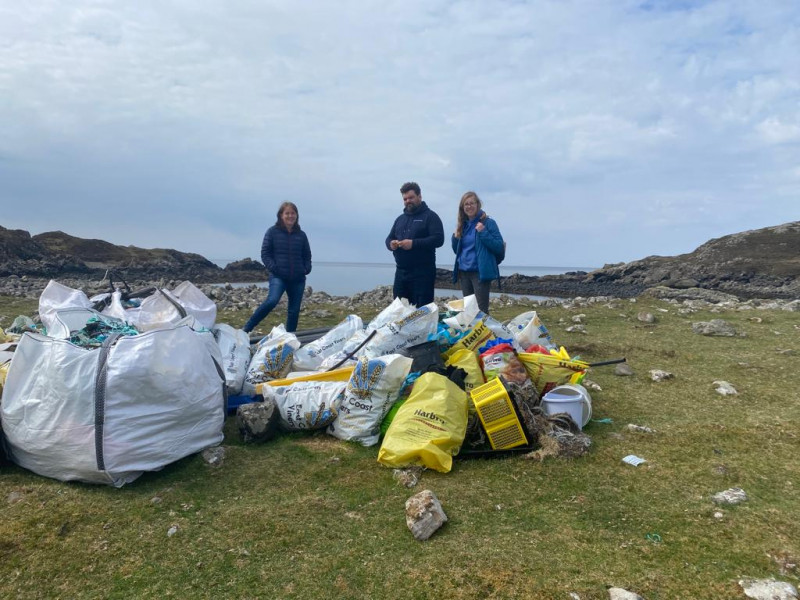 MSP for Caithness, Sutherland & Ross, Maree Todd, has met with representatives from Plastic@Bay, a not-for-profit organisation tackling marine plastic pollution, based in Durness.

Plastic@Bay has observed that the North West coast of Scotland is one of the most polluted in Europe, with the majority of plastic collected associated with the marine industry, such as fishing, aquaculture and shipping.

“I had an eye-opening visit to Scouriemore last week where I met with Joan & Juliene from Plastic@Bay – a fantastic organisation who are shining a light on the impact of ocean plastic on communities in the North West coast of Scotland.

“During my visit, I was astonished to see the accumulation of rope, pipes, nets and more blown right up the hills, making its way into the soil.

“The pharmacist in me was fascinated by an insulin pen that expired in 2001, washed up on the beach & looking good as new.

“Clearly, more needs to be done to tackle marine litter.

“I’m hopeful that the Scottish Government’s updated Litter Strategy, which is due to be published shortly, will go a long way to address these issues.

“I was pleased to hear that Plastic@Bay had engaged in the Scottish Government’s consultation on the strategy, I’m sure their knowledge of ocean plastic and its impact on North West Scotland will be a valuable insight to help guide Marine Scotland’s work.”

The Scottish Government’s Updated Marine Litter Strategy, led by Marine Scotland, will focus on preventing litter from entering the marine environment, in parallel with litter reduction and behaviour change actions to be achieved by the National Litter and Flytipping Strategy.

The Scottish Government’s vision is to see a Scotland where the issue of marine and coastal litter is acknowledged by all sectors, and where measurable steps are taken to prevent marine litter as well as support removal initiatives.

“I was delighted to also pay a visit to Plastic@Bay’s workshop at Balnakiel where they’re transforming some of this pollution into handy stuff like fence posts and mallets, as well as lovely jewellery and homewares.

“A hugely informative visit – many thanks to Joan & Juliene for hosting.”