SPFL Welcomes Back Full Houses for Start of Season 2022/23 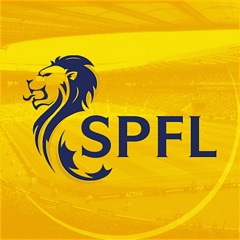 The SPFL has warmly welcomed the impending kick-off of the new football season and restriction-free attendances in Scotland at the start of a League season for the first time since 2019.

With Covid shutdowns and fan numbers being severely curtailed since 2019/20, this season, which starts on Saturday, will be the first time in three years a League season will kick-off with no pandemic restrictions on attendances.

Covid restrictions previously led to empty stadiums for the majority of season 2020/21, and reduced attendances at the start of 2021/22.

And SPFL chief executive Neil Doncaster has warmly welcomed a return to normality for clubs in the cinch Premiership, cinch Championship, cinch League 1 and cinch League 2.

“At the end of every close season, there is always a huge feeling of anticipation amongst fans, players and managers, but this year there is a sense that this is the return of something very special, with clubs able to operate under normal conditions again.

“The restrictions caused by Covid were hugely difficult for clubs and fans, and the entire Scottish game should be incredibly proud of how it dealt with those enormous challenges.

“Scottish football is more reliant on gate receipts than the vast majority of other leagues, so getting fans back into the grounds is not only hugely important for the atmosphere and performance in the pitch, it is also crucial for our clubs’ business models

“The vast and overwhelming majority of Scottish football fans bring a passion and energy to games that is not found anywhere else.

“They are the lifeblood of our game.

“Indeed, SPFL attendances, in normal years, are invariably the highest per head of population in Europe.

“It would be fantastic if all we are talking about is the quality of the football rather than the unacceptable behaviour of a few fans who cause trouble, and having spoken to clubs across all four divisions, I know they are all hoping for a trouble-free season.

“While pitch invasions like those which were depressingly frequent down south at the end of last season are not something we commonly see in Scottish football, we are not complacent and in the coming season, we will be working hard with our colleagues at Police Scotland, club safety officers and other authorities to ensure that anyone misbehaving is going to found and punished severely.

“Clubs have invested heavily in CCTV systems, stewarding and policing but the vast majority of decent fans also have a crucial role to play in pointing out unacceptable behaviour, so that we can all focus on the things that make Scottish football so uniquely exciting.”