SSE Renewables to be Official STEM Partner for Hydro Ness 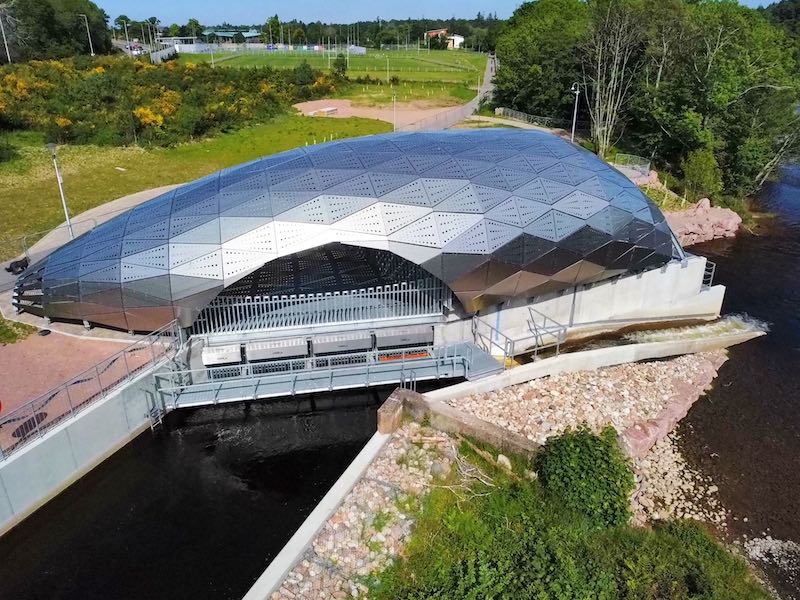 SSE Renewables are to be the official STEM partner of the Hydro Ness project and have made a substantial contribution to support educational information points at the site and school outreach materials.

A 93kW hydroelectric scheme, Hydro Ness uses historical infrastructure from a disused hydro scheme dating back to 1929, to generate over 500,000 kWh of renewable electricity each year for the nearby Inverness Leisure Centre.

The project relies on technology dating back to ancient Egypt that utilises the natural flow of the river water to power two large turbines and help create green energy.

Hydro Ness, will act as a STEM learning hub and provide visitors with the opportunity to interact with a unique micro run-of-the-river hydro scheme and learn about the neighbouring environment and ecology.

The Coire Glas project is a large-scale hydro pumped storage scheme at Loch Lochy in the Great Glen which will have a potential capacity of up to 1500 megawatts and would more than double Great Britain’s existing electricity storage capacity.

The project has the potential to play a key role in the transition to Scotland’s carbon-free future.

“Hydro Ness is a really exciting project, not only for the carbon and energy benefits it can deliver, but also its ambition in terms of site content and messaging.

“We are delighted to support the project, particularly given the obvious synergy between Hydro Ness and our flagship Coire Glas project.

“SSE Renewables is committed to supporting STEM learning opportunities and we hope Hydro Ness, and our own Coire Glas project, will act as inspiration for young people across the region.

“These types of projects will be absolutely vital in achieving net zero and we are excited to see people visit the site and engage with the educational materials and STEM learning opportunities.”

“We are very grateful for SSE Renewables for their support which will be used to fund educational information and interpretation in the new visitor centre.

“It is an inspirational project and it is important that quality educational information about Hydro Ness is provided so students can visit the site as part of their Science, Technology, Engineering and Maths (STEM) learning.

“I would also like to thank the projects team, including officers from our Transformation, Property and Climate Change teams, involved in the Hydro Ness project for all their hard work.

“I am excited to see the new visitor attraction open as it is going to be fascinating to learn more about how science and nature can work together to reduce the impact on our environment.”

Exploratory Works at the Coire Glas site will begin later this year.

The information gathered during these works will inform a final decision, in winter 2023, on whether to construct the scheme.

To celebrate this announcement, the Hydro Ness will be illuminated blue and white, SSE Renewables logo colours, on Monday and Tuesday night.

Hydro Ness will open to the public on the afternoon of July 28.