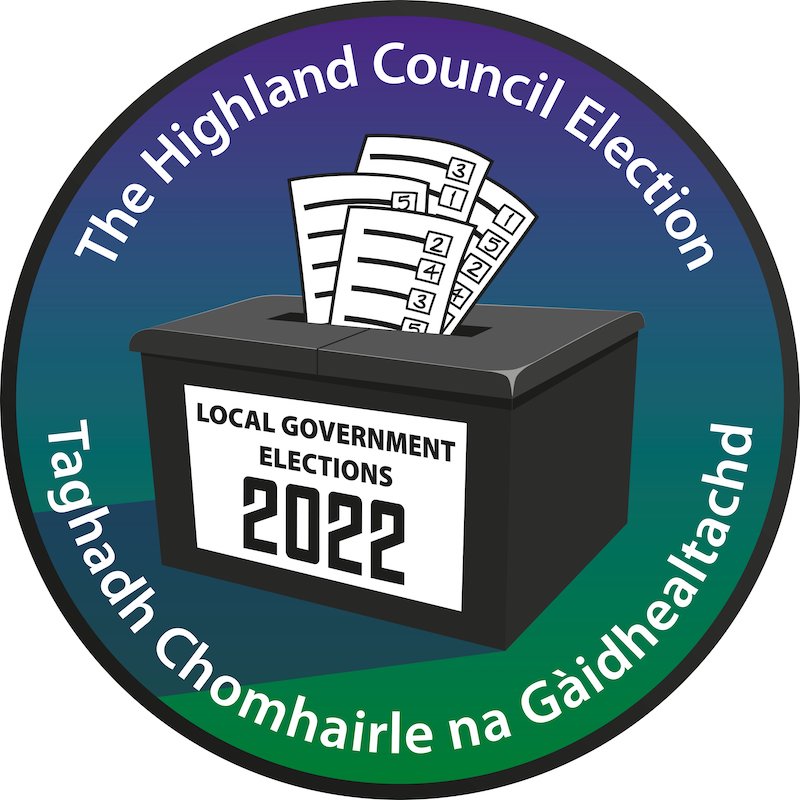 Voters taking part in the forthcoming Highland Council election on Thursday 5 May are reminded that when filling in their ballot papers they should use numbers against the name of candidates and not a cross.

The system of voting for local government elections is the Single Transferable Vote (STV). Voters need to mark their choice of candidates in numerical order, using 1, 2, 3 and so on.

To assist voters the Council has produced a short video to provide information on how to ensure their vote counts.

The ballot paper lists the names of each of the candidates standing in the ward.

Under this STV voting system, to be elected, a candidate must reach a set amount of votes known as the quota.

The votes are counted in stages.

In the first stage, only the first preferences are counted.

Anyone who reaches the quota is elected.

Any votes received over the quota are not needed by the elected candidate and so are transferred to the second preference.

If sufficient candidates have reached the quota, the candidate with the lowest number of votes is eliminated and all of their votes are passed to the next preference on the ballot papers.

This process is repeated until the three or four candidates for the ward have been elected.

Polling stations across the Highlands will be open between 7am and 10pm on Thursday 5 May.

Voters should have received a poll card by post telling them where their polling station is.

Anyone opting to vote by post is reminded that their ballot should be returned in the enclosed stamped addressed envelope “B” by Wednesday 4 May.

Postal votes can also be handed in to any polling station in the Highland area up until 10pm on Thursday 5 May.

Voters should contact the Council’s Election Helpline on 01349 886657 if they have any queries or have not received their postal pack.

The electronic count of all votes cast will take place at Inverness Leisure Centre on Friday 6 May.

The process will start at 8am and will continue throughout the day until all of the Wards have been declared.

As each ward result is known, a declaration will be broadcasted live via the Council’s twitter feed #SLG22Result.

The result will also appear on the Council’s website www.highland.gov.uk

For the uncontested ward, the candidates require to be declared elected before 11am on the day of the poll.

The declaration for the 3 candidates for Caol and Mallaig Ward will take place on 5th May at 9:30am.