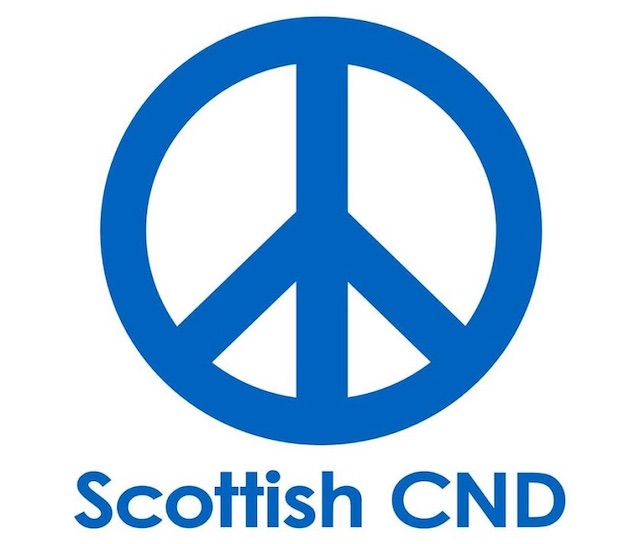 Scottish CND has responded with anger and concern to the NATO exercise “Strike Warrior” which will take place mainly in Scotland.

Exercise Strike Warrior will run for two weeks (8th to 20th May) and will involve more than 30 warships, three submarines and 150 aircraft from 11 nations and is a final test for the UK’s “Carrier Strike Group” ahead of its first operational deployment to the Mediterranean, Indian Ocean and Asia Pacific, plus perhaps a shadowy role for the Vanguard submarines given UK ambivalence about “tactical” nuclear weapons.

It will be a war game with the UK force on one side and NATO’s Standing Maritime Group on the other.

It will take place on the west coast of Scotland – the Hebrides, Campbeltown, Loch Ewe, Garvie Island and Ullapool.

“The UK government has not been coy about this war game.

“It has been trumpeted with all the posturing and a strut of an Edwardian Dreadnought parade – the flag waving prelude to the slaughter of WW1.

“At the heart of the promotion is the carrier Queen Elizabeth and its bizarre role in a Cold War style patrol of the South China Sea.

“This aggressive behaviour is utterly infantile and irresponsible in the midst of a pandemic, and a climate crisis, when the clear and urgent challenge is to learn to collaborate for the safety of us all and the future of the planet.

“It will involve a colossal addition to carbon emissions and a foolish diversion of resources from socially vital services.

“Importing 1500 personnel to the area during the pandemic shows a fundamental disregard for the current restrictions and for the people of the Western Isles and the Western Highlands.

“We are already hosting a multitude of UK military bases and installations and it is intolerable that we are also forced to be the military playground for the United Kingdom and NATO.

“We want something more wholesome for our land and waters and a reputation for making peace not war.

“We trust that the new Parliament we will elect on Thursday will take that vision forward.”