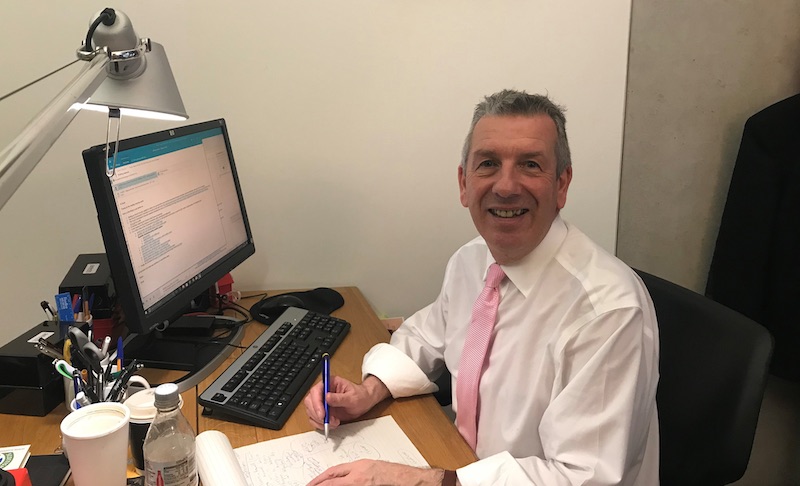 MSP David Stewart (pictured) has found widespread frustration and concern from Highlands and Islands firms over delays in accessing loans and a refusal to pay out on business interruption insurance.

So far, among those to respond to the MSP’s request, have been Chambers of Commerce in Caithness, Moray, Lochaber and Mid-Argyll.

Caithness, Lochaber and Mid-Argyll confirmed they had heard about problems and noted frustration over their members applying for bank and business interruption loans and confirmed some reported insurance claims were not being met.

As a result, Mr Stewart is looking into one individual case and awaiting more details from the organisations.

Jane MacLeod, of Mid Argyll Chamber of Commerce, had also been made aware of many businesses unable to claim business interruption insurance.

“Plague is listed but it has to come from within the business and not outside in.

“If it came from inside I would have a personal liability in that I allowed it into the workforce.

“The hotelier went on to say ‘Blatant avoidance’.”

“I have not come across one business who has been able to claim on their insurance for this.”

She went on to give examples of responses from insurance companies including:

“Unfortunately, there is no cover in place which would allow you to claim for this particular pandemic, sorry to be the bearer of bad news.

“To clarify, COVID-19 is not covered under our standard Business Interruption policies and, as the chancellor said, you cannot retrospectively change insurance contracts at this time without threatening the future of the insurance industry.

“Unfortunately, there’s no cover for this type of loss on your policy.

“The only cover, Liability &/or Business Interruption, for a specified disease would be if the disease originated at your premises or within a five-mile radius.”

“We are deeply concerned that even businesses who believed they had purchased appropriate insurance cover are not having success in making claims.

“We are finding that either businesses are being told they are not covered as COVID-19 was not named on their policy, or because it has not been confirmed on their premises.

“While we appreciate the pressures that the insurance industry will be facing at this time, it is disheartening that many businesses have paid a premium for this kind of cover only to discover that their claims are being denied.

“It is incumbent on the UK and Scottish Governments to work together to find a solution to this issue and ensure that businesses can survive this crisis.”

“I can understand that this is difficult for the insurance industry which is under great strain, but yet again businesses are being strangled by the small print.

“If companies can’t claim they are at risk of going under sooner and that puts the whole local economy at risk.”

Mr Stewart is writing to the Association of British Insurers with all the replies he has received asking for it to examine what it can do to relieve the strain on companies.

“Again, a wait of three months could be the death knell for many of our businesses and I am writing to the Scottish Finance Secretary, Kate Forbes, with this information asking if pressure can be applied to speed up the process.”

Ms Medcraf added that the banks appeared to be pointing customers to every product in their offering before offering CBILS, and some were waiting in call lines for hours to talk about their problems.

“This delay in accessing funding is simply not acceptable.

“Many are already struggling with cashflow due to paying staff weekly and the Job Retention Scheme not being set up fully yet to claim back.

“I think about the short space of time the Governments have had to create these policies, overall they are good.

“But there are some huge flaws with businesses and people falling through the gaps, as well as accessibility to cash.

“I believe the banks have now been advised that they are not able to ask for personal guarantees if it is under £250k which is welcome.

“Many would not have to borrow additionally at all if the grant scheme threshold was released.”