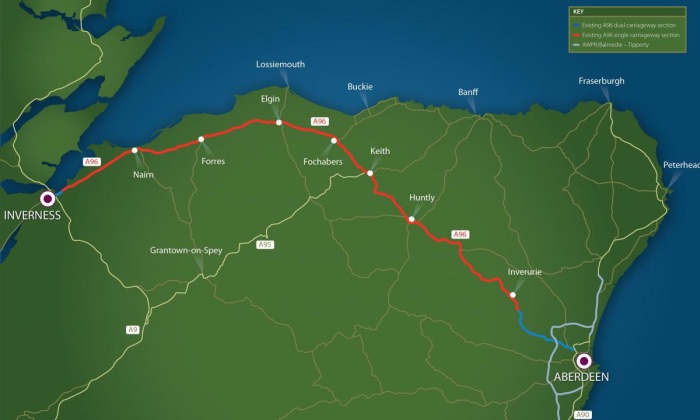 Moray SNP Councillors have backed a motion presented to the meeting of Moray Council on Wednesday 10 August to lobby the Scottish & UK Governments on getting the A96 Dualled.

“It’s essential that we acknowledge the SNP’s long commitment to dualling the A96 , before anyone else put it on the government’s agenda.

“The SNP in Moray has advocated for the dualling of the A96 since 1990, since then consecutive Tory and Labour governments stated there were no plans to do so, it’s the SNP that started the project in 2007 and who have progressed the extensive design phases that have already been undertaken.

“As with everyone in Moray, I am frustrated by the delays in getting physical work going and I fully support efforts to ensure it remains a priority, despite current economic pressures.

“This is really important for the people of Moray, as we live in a rural area where public transport is not easily accessible so vehicles are a necessity especially for delivery vehicles.

“There is also a safety aspect on the A96 as we know the amount of accidents and fatalities due to driver frustration and we need to make this road safer for everyone.

“There are concerns about climate change in building a dual carriageway on the A96 but it is the vehicles using it that need to change.

“Sitting in queues in a built up area has been proven to be detrimental to climate change and busy roads with many large vehicles in the middle of our towns hugely discourage cycling and walking.”