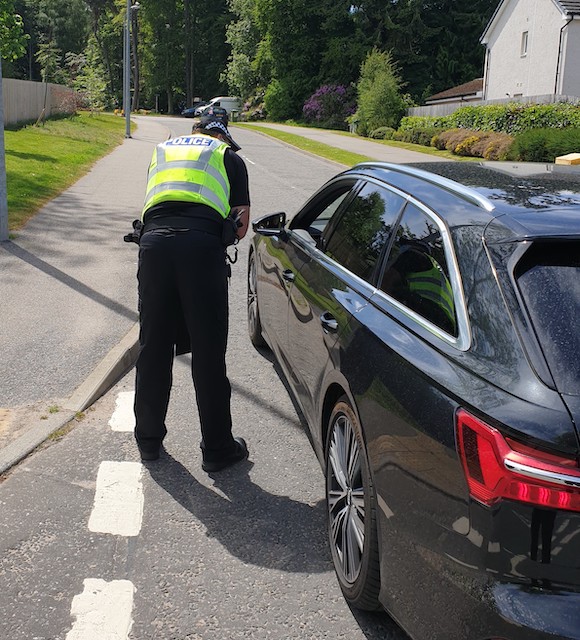 One week on from when 63-year-old George Critch was last seen, officers carried out a stop and speak operation, and they are re-appealing to the public for any information on his whereabouts.

George was last seen around 1pm in the Kinmylies area of Inverness.

Since he was reported missing, officers have been carrying out significant searches and enquiries to trace him.

Local officers have been assisted by specialist resources including search advisors, the dog unit and the police helicopter.

The local mountain rescue teams have also been assisting.

He is described as white, 6ft in height and of medium build with white short hair and white stubble.

When he was last seen he was wearing black tracksuit trousers, a navy Scotland t-shirt, black jacket, black trainers and he has glasses, which he may or may not be wearing.

“Despite extensive searches and police enquiries, George remains missing a week on from when he was last seen.

“This is completely out of character for him not to keep in contact with his family and friends.

“His family are extremely distressed by his disappearance and as times passes, police are becoming increasingly concerned for his safety and wellbeing.

“Between 12.30pm and 1.30pm on Wednesday, 16 June, officers carried out a stop and speak operation in the area of Leachkin Road and the Great Glen Way, where George was last seen.

“We spoke to a number of motorists and pedestrians and we will follow up any information gained.

“Again, we would appeal to anyone who has seen George, or who has any information that may assist us to come forward.

“Even, if you think your information is insignificant, please contact us.

“We have previously appealed to anyone in the Great Glen Way area, who has private CCTV, or any drivers in the Kinmylies or Great Glen Way area between, 1pm and 5pm last Wednesday to check in case they have any footage of George that may assist our ongoing inquiry.

“If you have, please get in touch.

“There is a police incident caravan at the top of Great Glen Way and anyone with information can speak to officers there.